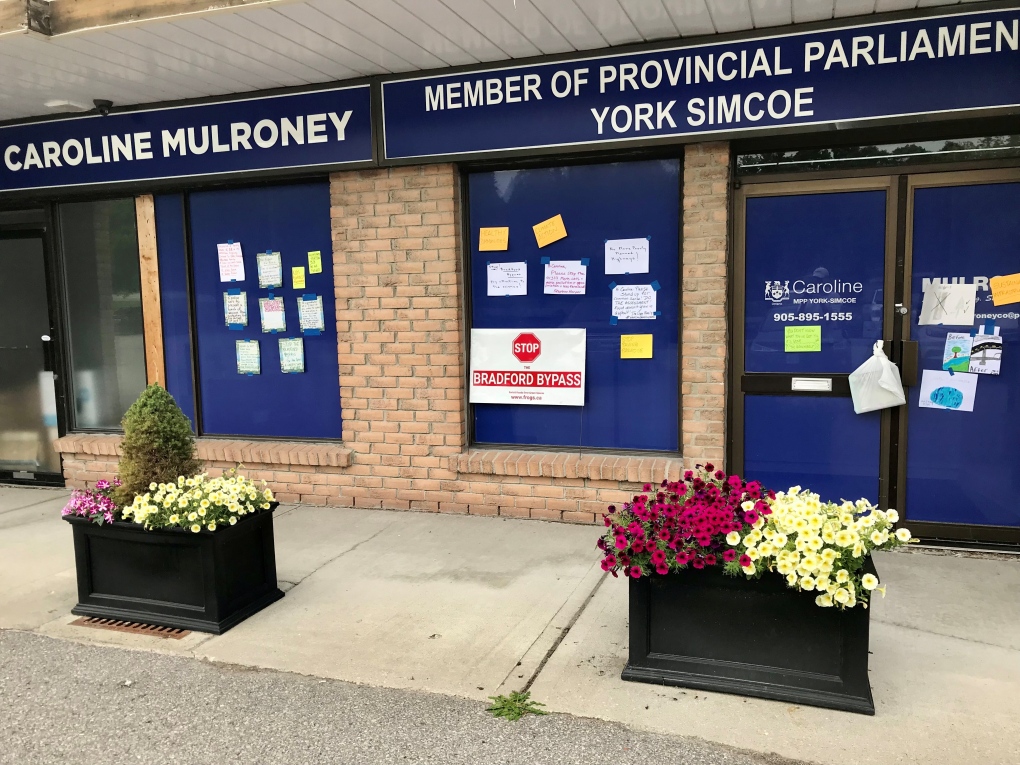 A demonstration was held outside the York-Simcoe MPP and Transportation Minister Caroline Mulroney's constituency office, protesting the planned Bradford Bypass.

Attendees were seen waving signs demanding an end to the construction of the Bradford Bypass, which is expected to be a 16-kilometre route connecting the 400-404 highways with access through Bradford West Gwillimbury.

The gathering was part of a province-wide day of action against highways, with similar rallies held in Brampton and Caledon.

"Highways don't add to the financial coffers. They make people sick; they poison children's lungs; they cost a lot more than what they give in operation and maintenance," says Margaret Prophet, the executive director of the Simcoe County Greenbelt Coalition. "What we want are communities that are equitable, that are healthy for our children, that keep Lake Simcoe clean, that keep it so we can have generations of people using it, fishing in it, living in it and we feel that these kind of initiatives put all of that future in jeopardy."

The Simcoe County Greenbelt Coalition planned Saturday's demonstration. The group is concerned about the impacts the construction of a new major thoroughfare will have on the environment, arguing that highways are not solutions in the 21st century.

"We are basing all of this highway on 1997 environmental assessments before endangered species act, before the Lake Simcoe protection plan," says Prophet. "We're saying the building of the Bradford Bypass no longer fits with the context of policies and laws we have put in place to make sure that our waters and are communities are healthy in the future."

One protester told CTV News they believe that the Bradford Bypass is an environmental disaster waiting to happen.

"Well it's not a case of making me happy, it's a case of dealing with reality," says Paul Javine, who was taking part in Saturday's protest. "To connect highway 400 and highway 404, is it really necessary? There already is a connection, highway 407!"

Many gathered Saturday say they would prefer to see the province work on expanding regional roads instead of building new highways.

Vaccine mandate protesters' use of Nazi imagery and comparisons to the Holocaust is angering Jewish organizations.