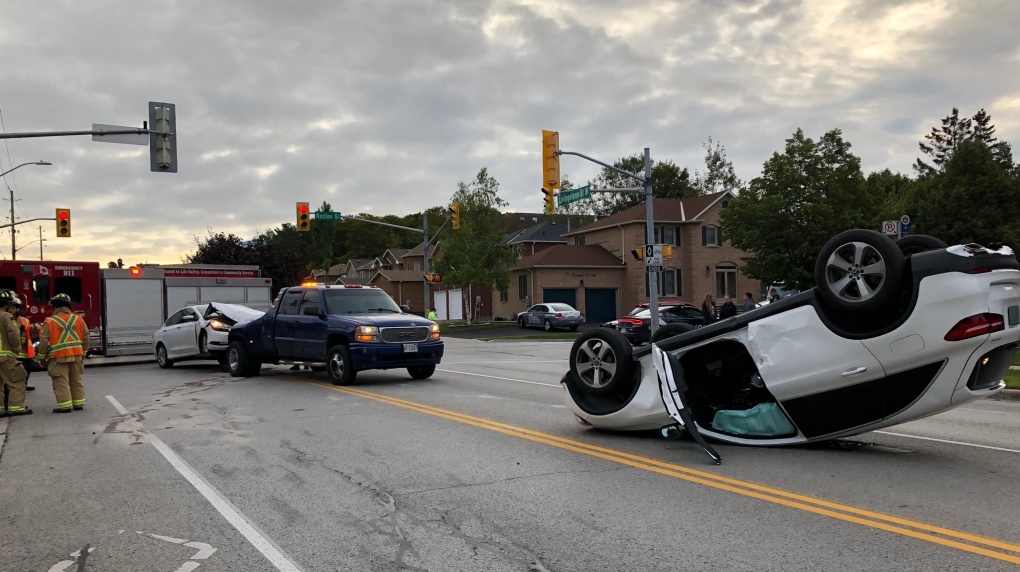 A two-car collision results in a vehicle on its roof in Barrie on Thurs., Sept. 12, 2019 (Barrie Police Services/Twitter)

Barrie Police tell CTV News that, incredibly, no one was injured in a collision that ended with a car on its roof early Thursday morning.

According to police, the driver of a white Mercedes ran the red light at the intersection of Livingstone and Kozlov Streets around 7 a.m. striking the other vehicle.

Police say the airbags in both cars deployed with the impact.

Police say no one else was involved.

The area was cleaned up and reopened within a hour of the collision.

A Barrie man is charged with careless driving.