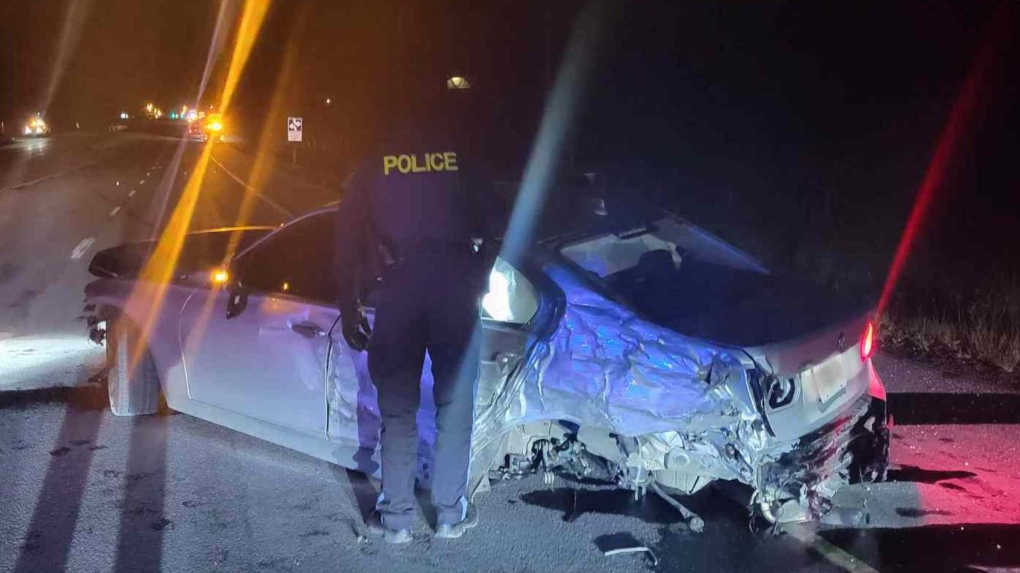 A car is significantly damaged following a multi-vehicle collision in Caledon, Ont., on Highway 10 on Sat., Nov. 27, 2021 (Supplied)
Barrie, Ont. -

Provincial police are investigating a multi-vehicle head-on collision on Highway 10 after they say one of the drivers left the scene.

According to Caledon OPP, the call came in shortly after five after reports of the collision south of County Road 109 on Saturday.

Police say the driver ran from the area once officers arrived. They say he was driving a 2016 silver four-door BMW.

A stretch of the highway was closed for several hours as part of the investigation and while police searched for the driver.

There were no injuries.

OPP is asking anyone who witnessed the collision, has dash-camera footage or information about the identity of the driver to contact the OPP Caledon Detachment.