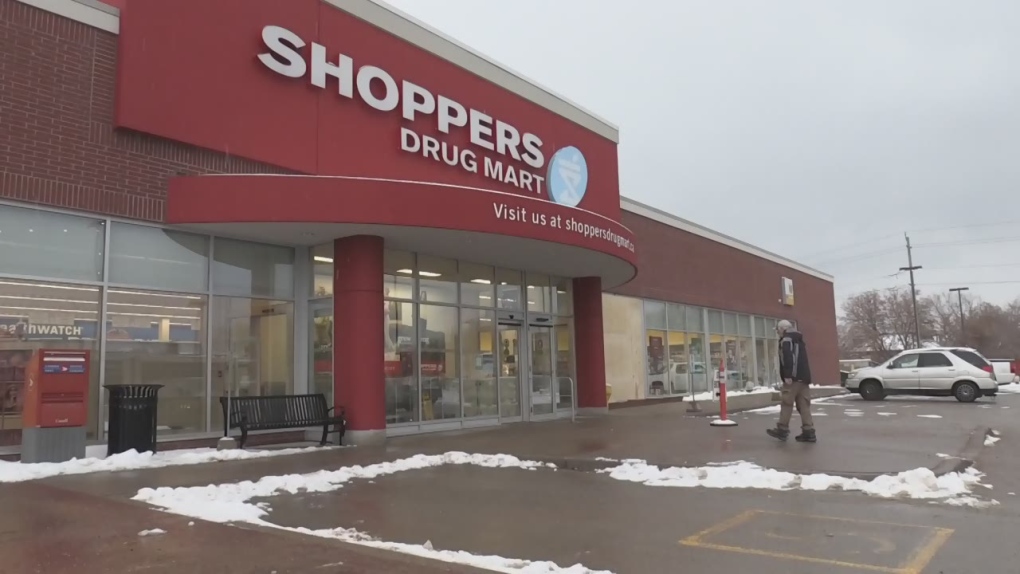 The Shoppers Drug Mart in Collingwood replaced a storefront glass panel on Tues., Dec. 3, 2019 after a car smashed through it. (Roger Klein/CTV News)

BARRIE -- Folks inside a Shoppers Drug Mart in Collingwood were lucky to walk away unscathed after a car crashed through the front window.

Police say the driver was pulling into a parking spot on Tuesday morning in front of the store and accelerated over the curb and into the store.

The driver and those inside the building were not injured.

Police say they won't be laying any charges.

The store closed temporarily to repair the window.