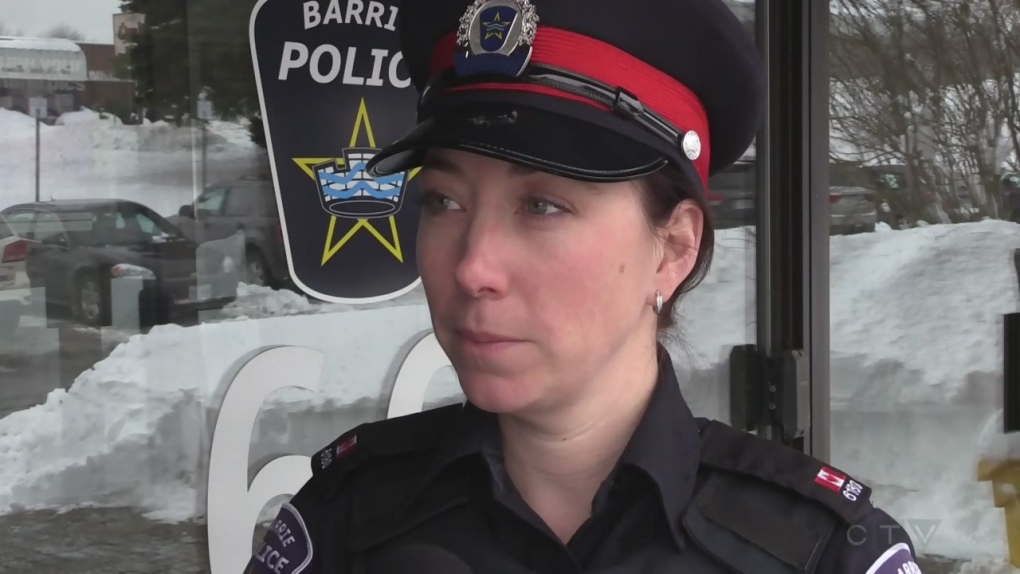 BARRIE, ONT. -- Barrie police arrested and charged one of their own after a "complex and lengthy probe" into allegations of fraud while the officer was off-duty.

The service says the 13-year Barrie police officer has been absent from active duty since November 2018.

In October 2020, Barrie police chief Kimberely Greenwood ordered an investigation into the off-duty officer's activities between November 2018 and March 2020.

"The need for transparency has never been more apparent, and as a professional police service, we hold our members to a high standard," said Greenwood in a release Friday.

Const. Nicole Hankin faces two counts of fraud over $5,000 and one count of possessing proceeds of crime over $5,000.

She has been suspended with pay and is scheduled to appear in court in April.