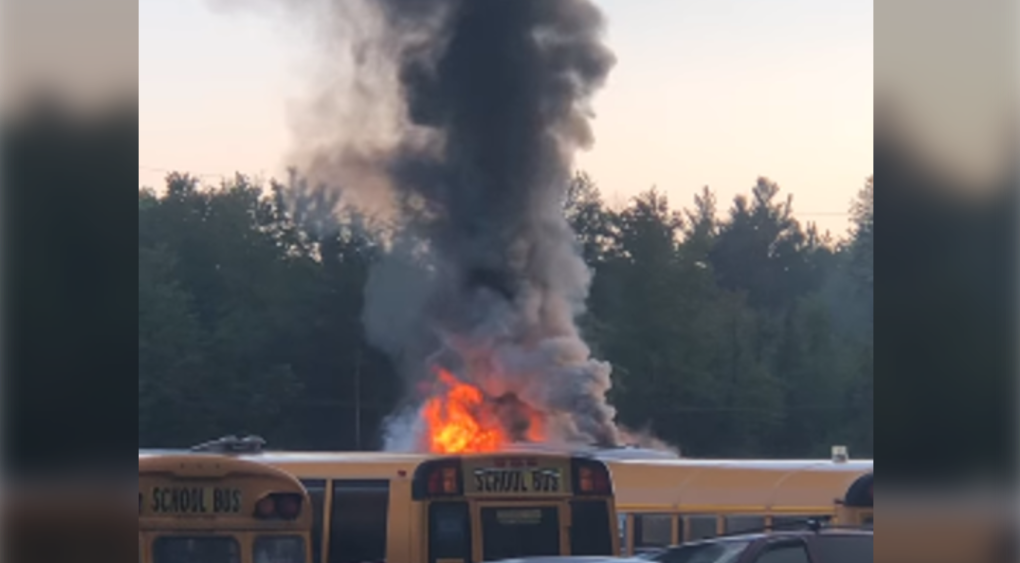 No injuries were reported, but significant damage was sustained after a fire in the heart of Angus Monday.

According to Fire officials, crews were called to a blaze on Mill Street shortly before 7 p.m.

When they arrived, they found a fifth-wheel trailer fully engulfed.

Officials believe the trailer was being used as an office facility.

The fire chief says the trailer is a total loss.