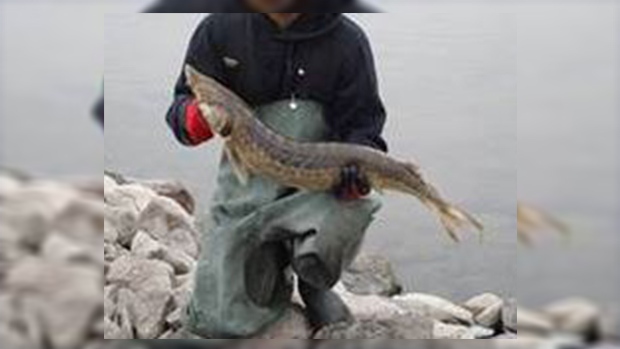 A man poses for a picture posted to social media holding a lake sturgeon on the Nottawasaga River, says the MNRF. (Ministry of Natural Resources and Forestry)

It's costly to fish out of season, says the Ministry of Natural Resources and Forestry.

Two anglers were fined $3,000 for catching lake sturgeon out of season on the Nottawasaga River.

Officers with the MNRF say they were tipped off about some social media posts from 2018 that showed the two men posing with their catch. Officers say they confirmed the pictures had been taken along the Nottawasaga River in an area where the sturgeon season was closed.

Last month, both anglers pleaded guilty in court to fishing for lake sturgeon during a closed season. They were each fined and received a one-year fishing suspension.

The MNRF says there is no open season to fish for sturgeon, even if you are catching and releasing, because the population is classified as endangered.

They say if you catch a lake sturgeon, or any threatened species of fish, you must immediately release it at the place of capture.