'They literally rain down out of the sky': Gypsy moth outbreak torments Simcoe County

BARRIE, ONT. -- Everywhere you look, it seems gypsy moths have taken over, and for some, it's not just the sheer numbers causing problems.

"Whatever is on them, it burns your skin," Barrie resident Nalini Prashad said. "I couldn't take it anymore. "I had to have someone privately come in and spray my entire yard, house, furniture, and everything outside."

Over the past week, several photos have surfaced online showing what appear to be rashes. 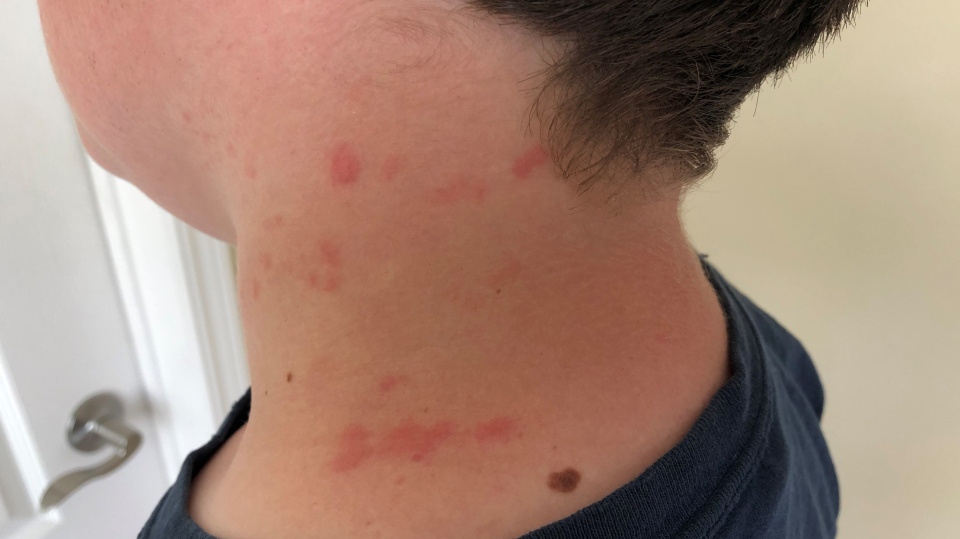 "That first stage, the first instar of the caterpillar, lasts about five to 10 days, and those are the caterpillars that people actually react to," entomologist Gard Otis said.

Otis says that's because the tiny hairs on the caterpillars contain histamine, which can cause skin reactions in humans.

"When the eggs hatch in the spring, the tiny caterpillars climb up in the trees and send out a silk and thread and then when a puff of wind comes along, it acts as a kite almost," Otis said. "Most land within a couple of hundred meters, but some can go up to a kilometre or more... they literally rain down out of the sky."

The City of Barrie says it's the worst outbreak it's seen in recent years.

But it's not just Barrie feeling the wrath. There are reports of widespread impact across south and central Ontario.

While other municipalities are opting to spray, some residents want the city to do the same.

An online petition is circulating, calling for action, but the city says that ship has sailed.

"By the time the population outbreaks hit, we wouldn't have been in time for the major planning," said Kevin Rankin, City of Barrie parks and forestry operations manager. "But aerial spraying is only one of the many management options you can do to reduce your populations."

Right now, the city says residents can tape their trees and switch to wrapping them in burlap in July. 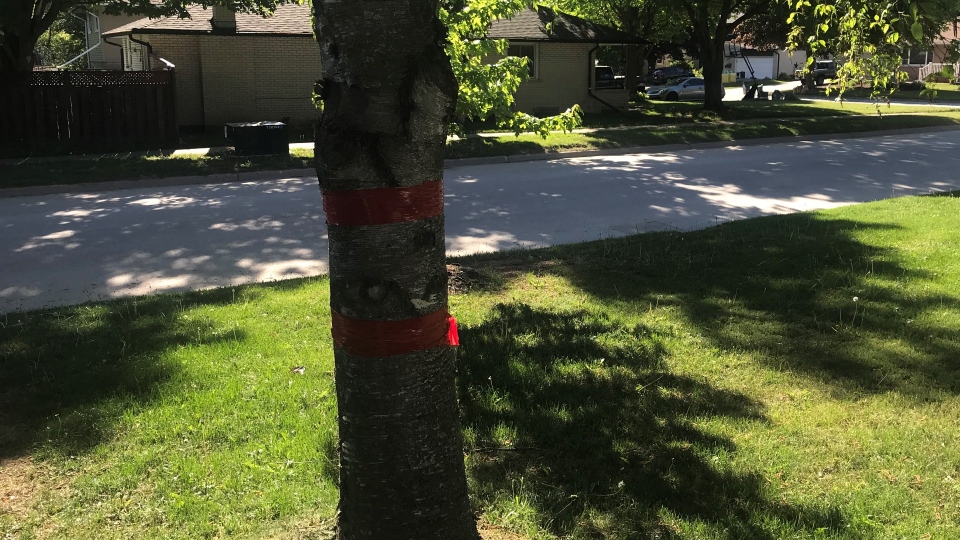 "We are doing some injections of trees that saw defoliation last year and select areas, so if you have high-value trees, there are arborists who can do those treatments as well."

At the same time, some wildlife organizations warn against tape use because other species can get trapped.

Meanwhile, experts say the outbreak will go away on its own as the gypsy moth population will get wiped out either by a virus or fungus.

"When they reach outbreak proportions like last year and this year, the virus will spread, and you get massive dieback and mortality," Otis said. "Then eight to 10 years, the whole thing will come around again."

As for the rashes, Otis says those will go away as well as the caterpillars move into their next stage of life.