Snowmobilers warned to stay off Muskoka River near High Falls 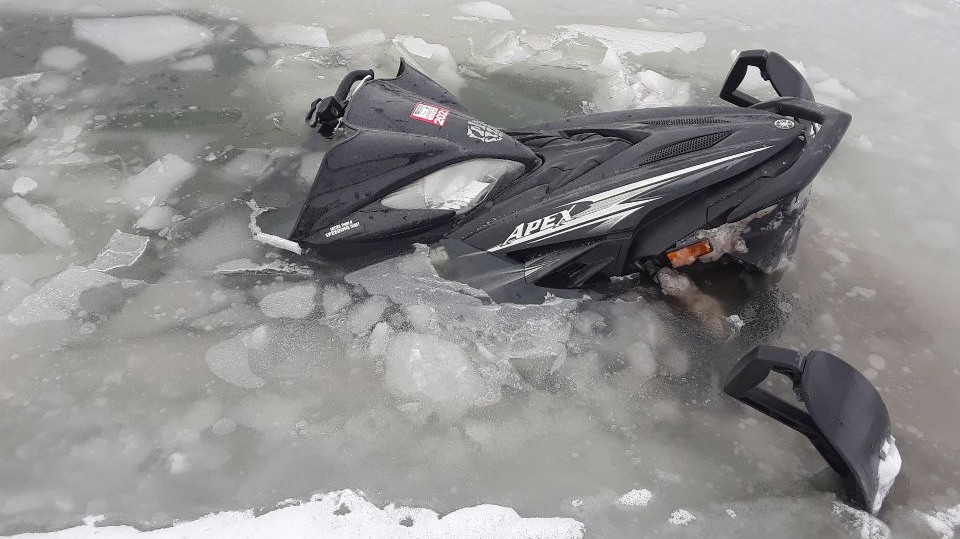 Police remind snowmobilers to stay on marked trails after reports of sledders riding on the Muskoka River near the High Falls area in Bracebridge.

"No ice is safe ice, and should an emergency occur on the waterways, an ice rescue presents an additional risk for emergency responders," police stated in a release.

On Monday, the Ontario Federation of Snowmobile Clubs (OFSC) reported 50 per cent of trails are open for recreational riding.

The OFSC noted that roughly 60 per cent of trails are on private property and should be respected.

"Trespassing on private property and entering prohibited areas must become as unacceptable socially as it is legally," said OFSC CEO Ryan Eickmeier.

"Land use permission is a privilege, not a right, and it must be respected by every snowmobiler."

Montreal Public Health said they're asking health workers to be alert for monkeypox cases but said the illness is also not extremely contagious and is the milder of two strains. There are 17 suspected cases in the Montreal area.

A chain of events possibly triggered by unrecognized infection with the SARS-CoV-2 coronavirus could be causing the mysterious cases of severe hepatitis reported in hundreds of young children around the world, researchers suggest.

Some are calling attention to a comment about 'Anglo-Saxon words' that Conservative leadership candidate Pierre Poilievre made while appearing as a guest on controversial psychologist Jordan Peterson’s podcast. The term has been used by those on the far-right to differentiate white people from immigrants and people of colour.

Jason Kenney steps down after 51.4 per cent approval in leadership review

Jason Kenney quit as leader of his party, and premier of Alberta, Wednesday night after receiving a slight majority of support in his United Conservative Party leadership review.

Prince Charles and Camilla, Duchess of Cornwall, are spending the final day of the royal visit in Canada's North.

In a world beset by conflicts and natural disasters, the number of people who fled their homes and sought shelter within their own countries hit a record high of close to 60 million by the end of last year, according to new data.

Desperate U.S. families turn to hospitals when their hunt for formula comes up dry

The baby formula shortage in the United States has meant major stress, inconvenience, and expense for millions of families, but for some children, the hunt for formula has led to the hospital when their families can't consistently find the kind they need.

What options do sellers have now that the housing market is cooling down?

In what is increasingly becoming a buyer's market, some soon-to-be sellers may be wondering whether to delay listing their homes until conditions become more favourable. Here's a look at one realtor's advice on the best time to sell.

A memorial service will be held at the Royal Military College in Kingston, Ont. this evening to remember the four cadets who were killed when their vehicle went into the water last month.