Scheer: he and Doug Ford are working toward same goals 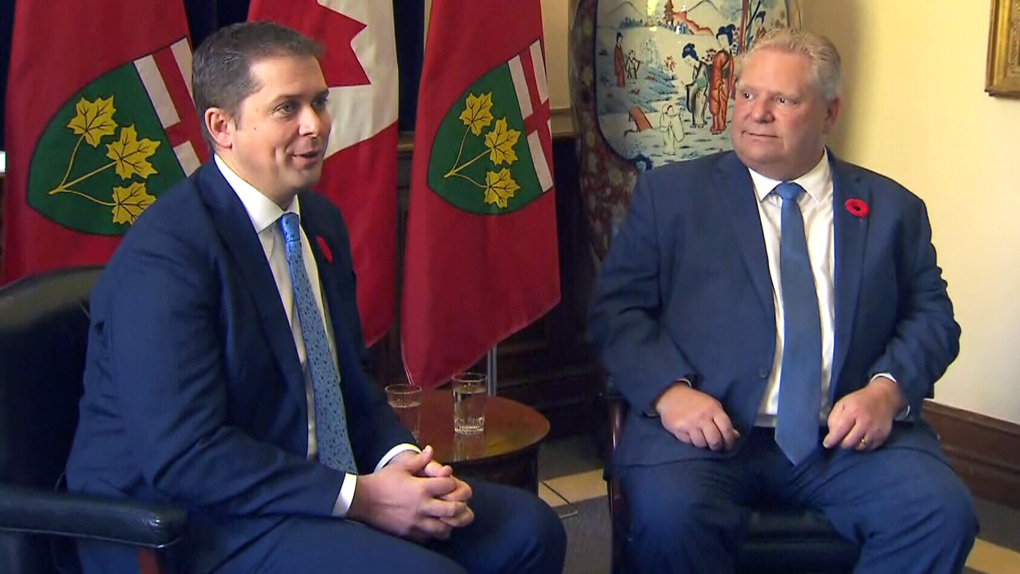 Federal Conservative Leader Andrew Scheer is shrugging off suggestions that Ontario Premier Doug Ford is trying to replace him as the face of the national Conservative movement.

Scheer met with Ford at Ontario's legislature today, where he said they discussed a range of issues including their shared opposition to the federal Liberal carbon pricing plan.

Ford has been a strong critic of the federal carbon tax and has also voiced his opposition to the plan during trips to other provinces.

When asked whose brand is stronger, Scheer told reporters both he and Ford are working toward the same goals of lower costs for Canadians.

Ford said earlier in the day that the only way to get rid of the carbon tax is to defeat the prime minister in next year's federal election.

Meanwhile, opposition legislators have accused Ford of campaigning on behalf of Scheer instead of focusing on the work of his provincial government.