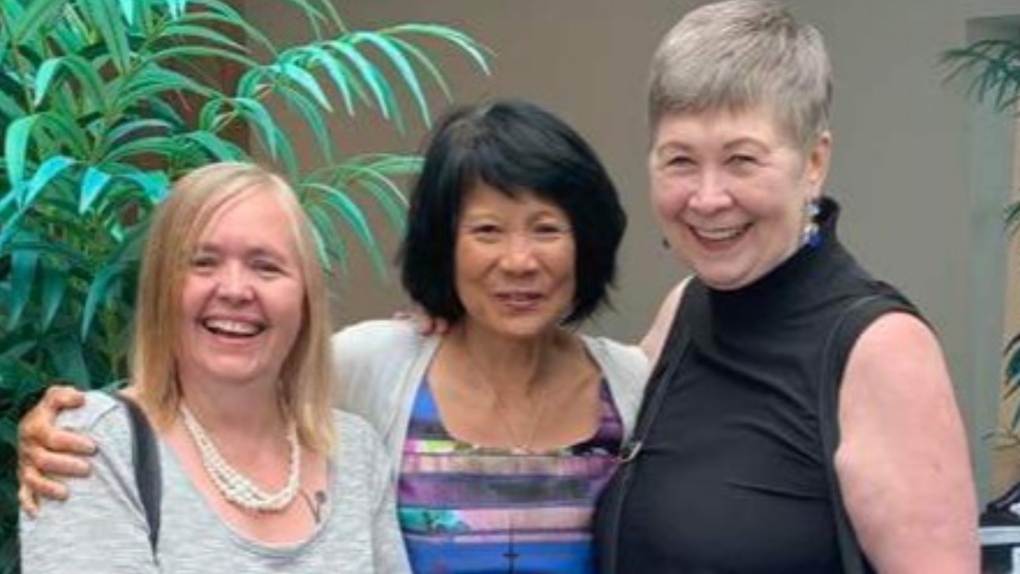 Christine Nayler of Ryan's Hope, was presented with a Jack Layton Activism Award, by former member of Parliament Olivia Chow and Anne McGrath – National Director of the NDP on Mon. Aug. 22, 2022 (PHOTO: SUBMITTED)

Christine Nayler hasn't given up on the hope of helping Barrie's street people.

Nayler and her husband Tom started Ryan's Hope after losing their son Ryan Nayler to a drug overdose.

When she's out on the street each morning handing out 100 breakfasts or strolling the downtown streets at night offering supplies, snacks or just a kind word, Nayler said she never thought she'd receive national approval.

She was thrilled when she picked up her Jack Layton Activism Award/Honourable Mention in Toronto on Monday.

"It's such a meaningful award because Ryan loved Jack Layton," Nayler said. "And this award belongs to the volunteers – they do so much."

Former NDP Leader Jack Layton died Aug. 22, 2011. His wife, and former Member of Parliament Olivia Chow, created the Institute for Change Leaders in his memory to encourage goodwill and optimism.

Nayler follows in Layton's footsteps every time she reaches out to a homeless person on the streets of Barrie.

"It's about sitting there and having a conversation – it's about the human connection," Nayler said.

She talked about her recent dragon boat team winning awards at Barrie's Dragon Boat Festival, pointing out the 22-person crew was comprised of people from expensive homes to those living in shelters.

"It's all about building a community," Nayler said.