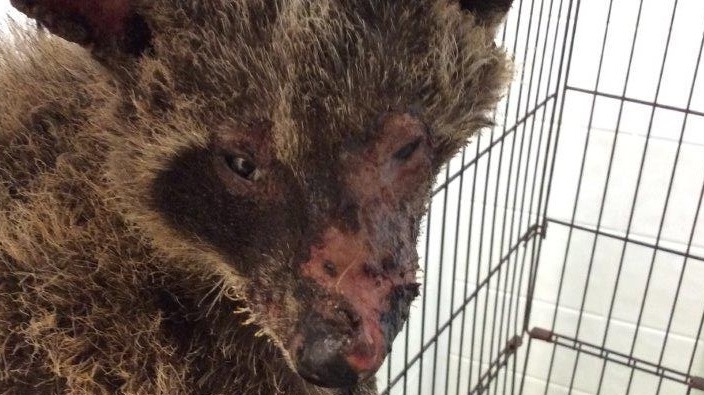 A wildlife non-profit is offering a $1000 reward in the case of a raccoon that was severely burned in Barrie, Ont, the week of Aug 6, 2017 (courtesy Procyon Wildlife Centre)

Two separate rewards are being offered in the case of a racoon that was severely burned in Barrie this week.

Vancouver based non-profit, the Fur-Bearers, heard about the incident, and is offering a $1000 reward, on the assumption that member of the public may know who is responsible for the burns.

Precious Paws Rescue, a non-profit all breed dog rescue based in Simcoe County is also offering a $500 reward.

The three to four-month-old raccoon was found near Huronia Park in Barrie, on August 6th. A Barrie resident took the animal to the Procyon Wildlife Centre in Beeton.  The raccoon was severely burned on her face and body, and is in critical condition.

“There are a lot of questions about what happened to this poor girl,” says Michael Howie, spokesperson for The Fur-Bearers. “If this was a case of intentional cruelty, it is paramount that the public comes forward so investigators can identify and charge the person or persons responsible.”