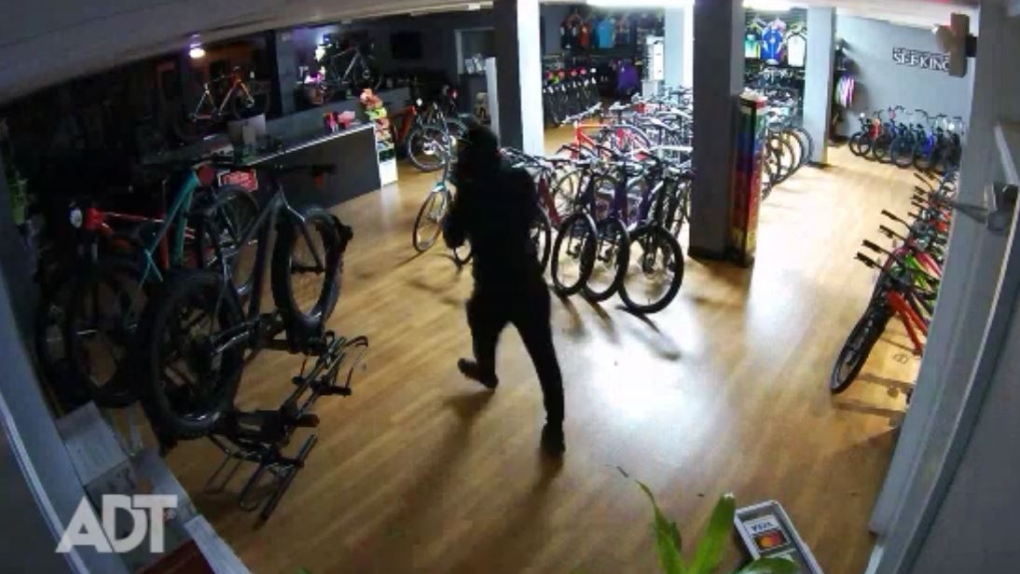 BARRIE -- Police are hoping the public can help to identify a man accused of stealing three bikes from the same store.

York Regional Police released a surveillance video of the man allegedly stealing a bike from a bicycle shop in Whitchurch-Stouffville on Main Street.

The first theft happened on March 18 just before 6 a.m. when the suspect broke in and stole a mountain bike worth more than $5,000.

Two days later, police say that the same suspect went into the same store and took two more bikes worth more than $1,000 each.