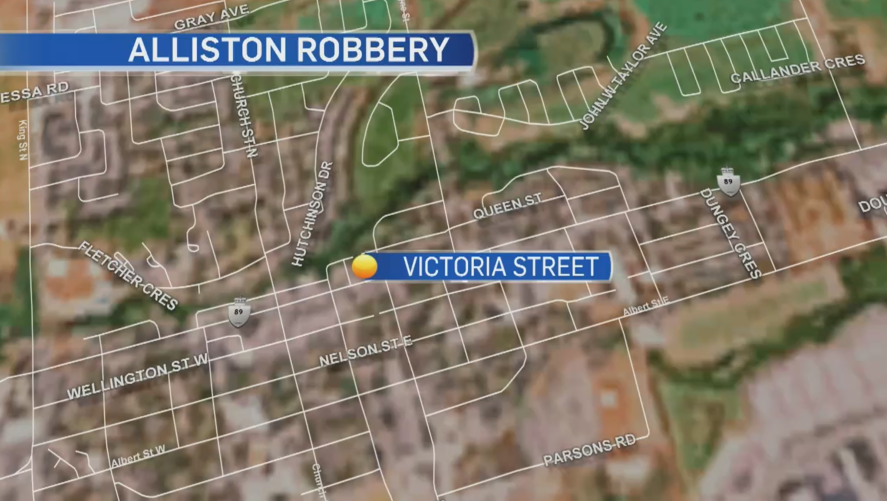 Police say one person has been arrested after a robbery in Alliston on Fri. July 8, 2022.

An Orangeville man is facing charges in connection to a robbery in Alliston Friday.

Provincial Police say it happened at a pharmacy on Victoria Street Friday shortly before 5 p.m. According to police, the man said he had a handgun and demanded narcotics.

He fled the scene with an undisclosed amount of prescription medication.

The 37-year-old man was later located in Orangeville and taken into custody. He is facing numerous robbery and weapons-related offences.

The suspect was held for a bail hearing.