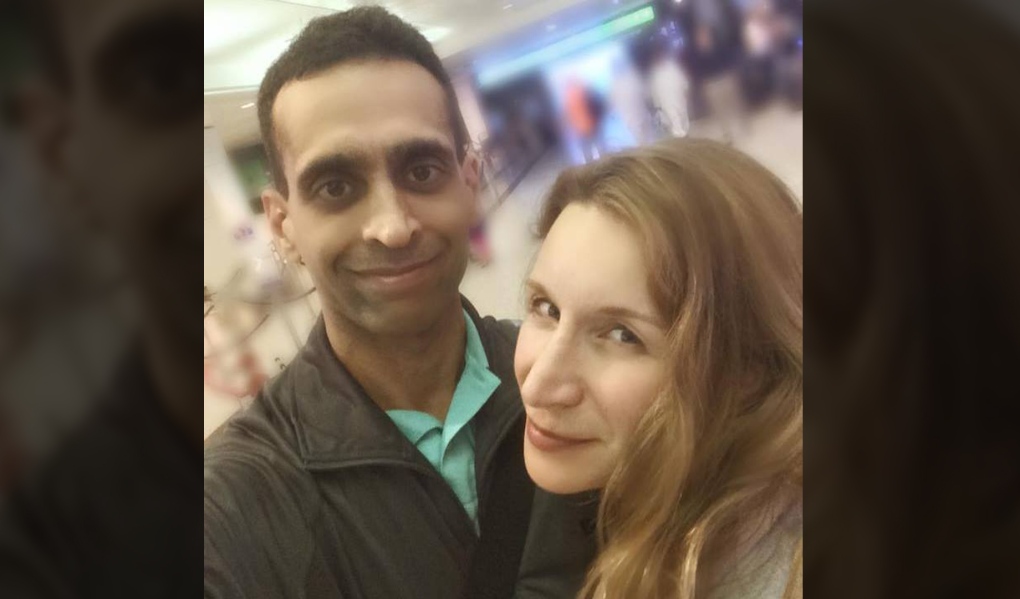 Dr. Mohammed Shamji and Dr. Elana Fric-Shamji are shown in an undated photo.

Two days after being served divorce papers, Mohammed Shamji attacked his wife, breaking her neck and ribs before choking her to death as their three young children slept nearby. He then put her body in a suitcase and dumped it in a river.

The next morning, the now 43-year-old neurosurgeon returned to Toronto Western Hospital where he performed surgeries while his wife, also a doctor, was reported missing by her mother.

Elana Fric Shamji's body was found a day after she was last seen on Nov. 30, 2016. Shamji was arrested 24 hours later.

The details of her death were laid out in a Toronto courtroom Monday as Shamji pleaded guilty to second-degree murder just days before he was to stand trial for first-degree murder.

"The marriage was volatile and dysfunctional, marred by reports of verbal, emotional and at times physical abuse of Elana by Mohammed," said Crown attorney Henry Poon, reading from an agreed statement of facts.

Shamji, wearing a charcoal suit with a light blue shirt, said little during his court hearing and averted his eyes from the public gallery, where several dozen of Fric Shamji's family and friends watched.

One of the couple's children rushed out of the courtroom in tears after his guilty plea. Fric Shamji's mother followed, consoling her granddaughter. It was the first time the children had seen their father since his arrest.

"Justice will never be for us, never," Fric Shamji's mother Ana Fric said outside court. "The only justice we will have is if she can come back and she will never come back."

The couple married in 2004 but had a difficult relationship.

In May 2016, Fric Shamji, 40, who practised medicine at Scarborough and Rouge Hospital, began divorce proceedings "after years of unhappiness," court heard.

But Shamji, who was also a faculty member at the University of Toronto, resisted the divorce, pleading for more time to better himself.

His wife agreed, but the marriage deteriorated throughout the summer.

Fric Shamji then gave up on the marriage for good and began an affair with another doctor, the Crown said.

In October 2016, she retained a lawyer and moved ahead with the divorce. Once more, Shamji pleaded for additional time.

Shamji discovered the affair around that time but continued to try and change his wife's mind, court heard. Fric Shamji served her husband with divorce papers on Nov. 28, 2016.

"In the following days, things were volatile in the matrimonial home," Poon said. "Mohammed was imposing himself on her in an attempt to change her mind."

The couple got into an argument in their bedroom on Nov. 30. It was loud enough to wake their 11-year-old daughter.

"She heard banging, her mom scream, then silence," Poon said.

"Mohammed struck Elana multiple times, causing her significant blunt force injuries all over her body, including a broken neck and broken ribs. He then choked her to death."

The child went to her parents' room to investigate, but Shamji ordered her back to her bedroom, court heard.

He then stuffed Fric Shamji's body into a suitcase, drove 35 kilometres north of the city and dumped it into the Humber River. A passerby found the suitcase the next day.

Shamji, who went about his regular routine, also planted evidence aimed at pointing the finger at his wife's lover, court heard.

Outside court, a lawyer for the Fric family, Jean DeMarco, noted they supported the guilty plea, saying it gave the family certainty.

The family is expected to provide victim impact statements at a sentencing hearing for Shamji set for May 8. A second-degree murder conviction carries a sentence of life in prison with no chance of parole for 10 to 25 years.