Emergency crews responded to a massive house fire in Wasaga Beach Thursday afternoon that spread to the neighbouring house.

Flames could be seen shooting out of the roof of one house on Waterview Road as it became engulfed by the fire.

The calls came in shortly after the noon hour as crews from Springwater Township were called to assist.

Firefighters had to contend with the extreme heat while battling the blaze as temperatures reach close to 30C but feel much hotter with the humidex hitting around 36 to 40 degrees. Environment Canada issued a heat warning for the third consecutive day this week.

Heavy plumes of smoke fill the air and could be seen by those on the beach in town. 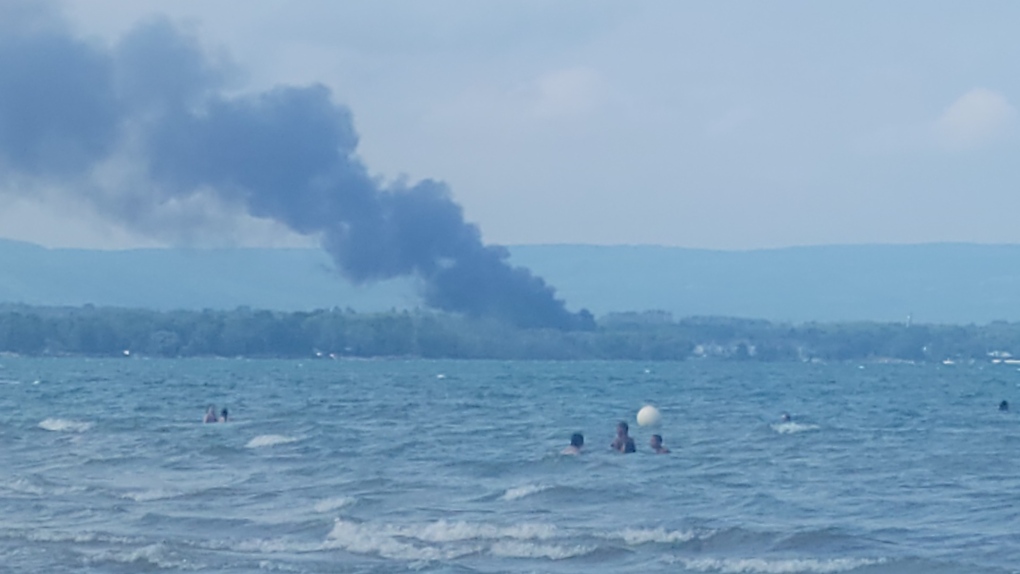 Smoke from a house fire on Waterview Road in Wasaga Beach, Ont., could be seen from the beach on Thurs., Aug. 26, 2021 (Photo courtesy: Ayla Hunt)

Paramedics told CTV News there have been no reports of any injuries.

Both homes were destroyed by the fire.

At this time, the cause of the blaze is unknown.

Police closed Beachwood Road in the area of Waterview Road for emergency services. The public is urged to avoid the area.

With files from CTV's Dana Roberts

Ont. and Que. scramble to recover from thunderstorm that left at least 8 dead

The storm that moved across Ontario and Quebec Saturday is known as a “derecho”, a powerful kind of windstorm that is long lasting and far-reaching.

Meet the guy who wants to help save the planet with thousands of buoys, seaweed and giant antacids

Seaweed is a ravenous consumer of carbon dioxide, and scientists have been eyeing it as one potential solution to the climate crisis.