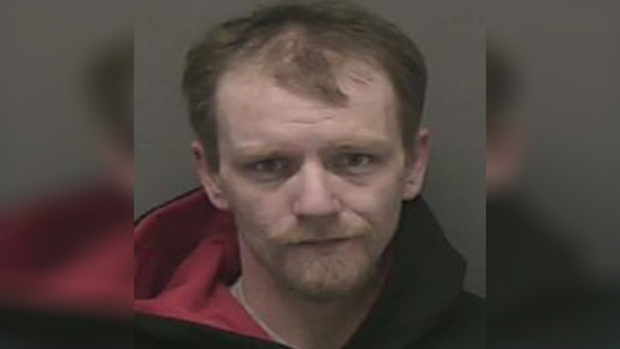 Ryan Little, 30, of no fixed address is arrested and charged with robbery in York Region. (Police handout)

Police arrested a man accused of multiple robberies and break-ins in York Region.

Police say the man grabbed the purse off a woman on Tuesday while she was walking on the sidewalk in Newmarket. They say he pushed her to the ground when she struggled with him and ran off.

Police say the same man matched the description of a suspect wanted in connection with six gas station and convenience store robberies in the Newmarket area, along with seven commercial break-ins.

An officer says he spotted the suspect riding a skateboard on Wednesday in East Gwillimbury.

Police went to a house where the man was believed to be, and with the help of several units, the 30-year-old suspect was taken into custody.