Innisfil hockey team collects more than a ton of food

Innisfil hockey team collects more than a ton of food 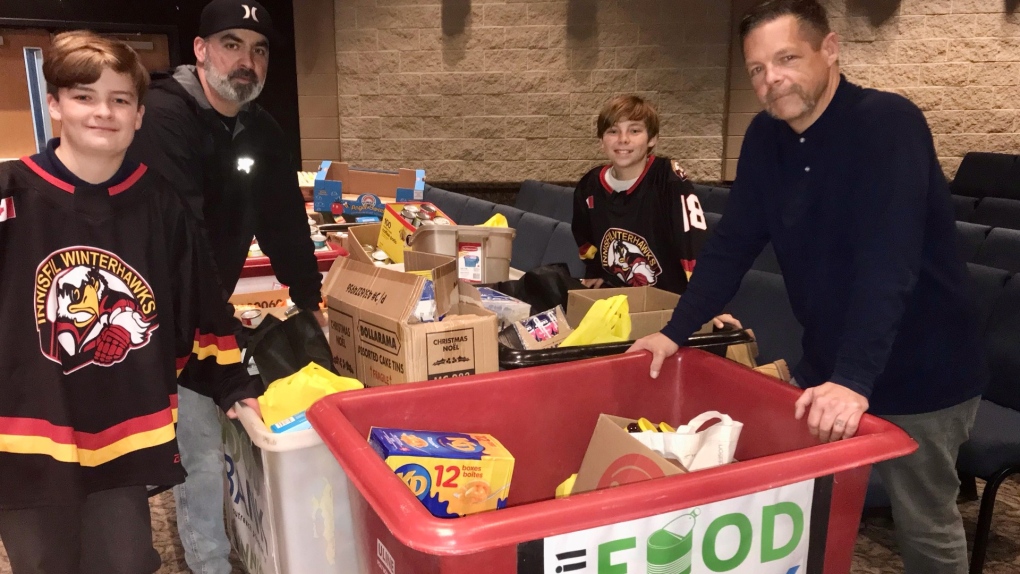 The Innisfil resident and manager of the Innisfil Winterhawks U13 hockey team had spent two days corraling a dozen hockey players as they accepted food donations in front of John's No Frills in Alcona last weekend.

"We brought one barrel for donations and probably filled it about 30 times," Cameron said.

"For me, that was it. That was my Christmas moment. It was great to see the boys so excited and enthusiastic. We said it wasn't that we collected it; it was that the community donated," he said.

Cameron said he understands food instability is up by 60% in his community. That was part of the reason he was overjoyed when he realized they'd collected close to 2,500 lbs of food and another $520 in cash for the Innisfil Food Bank.

With the help of volunteer team coaches Ross Proctor, Kevin Rempel and Mike Mitchell, they dropped off the noodles, 60 boxes of cereal and 200 juice boxes packs and more, at the food bank Tuesday afternoon.

Late Mississauga Mayor Hazel McCallion is being remembered for the many ways she contributed to not only to the city she led for 36 years, but also the province and country following her death on Sunday morning.