Illegal dumping in donation bins still a problem across Barrie

BARRIE, ONT. -- Despite numerous signs asking that donations not to be dropped off at the Salvation Army in Barrie, the mess is piling up, and so are the bills.

"We have waste management come, and it's usually $400 to $500 a pick up for them to come," says Captain Stephanie Watkinson, Salvation Army.

The thrift store on Essa Road hasn't been open or accepting donations since the pandemic began, but still, items continue to be left behind, some very undesirable. 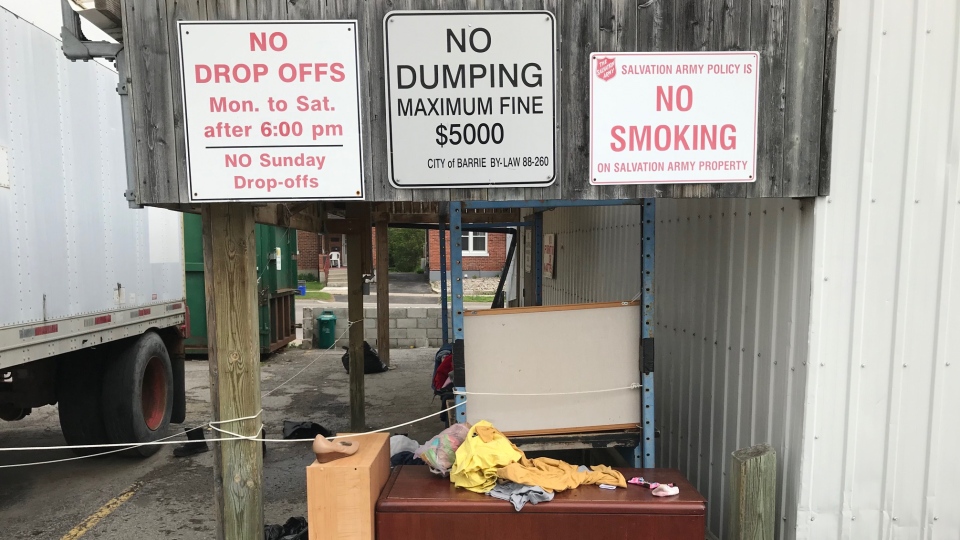 "This is household garbage," says Watkinson while holding up a black garbage bag left in a pile behind the building. "Bags of diapers - used diapers."

The thrift store has been cleared to reopen by the province, and Watkinson says they hope to be back in business in the coming weeks.

Staff at the drop-off centres are left to plead with the public to do the right thing and put their garbage in dumpsters, not donation bins.

Captain Watkinson reminds folks that most locations are equipped with surveillance cameras.