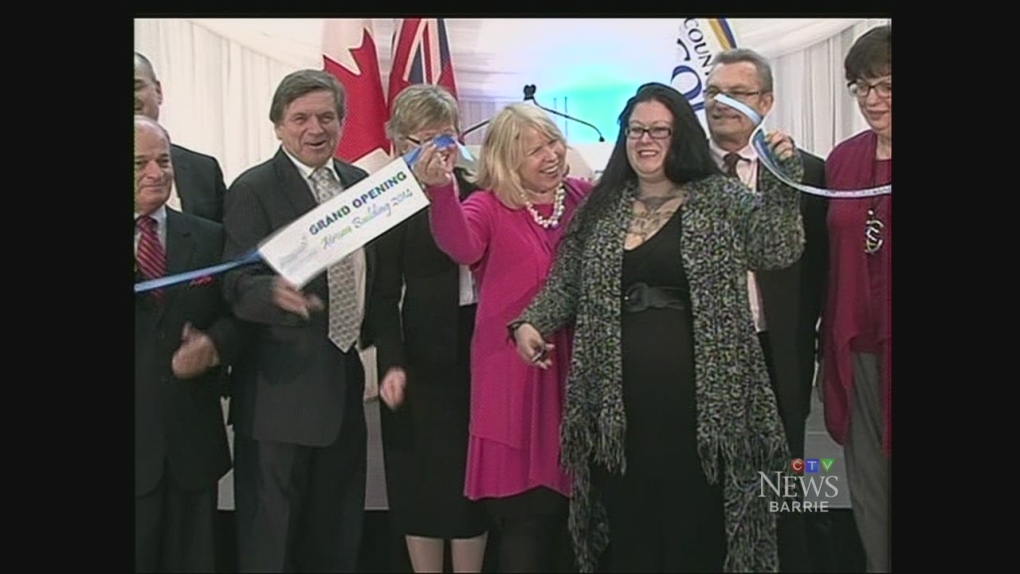 Health Minister Deb Matthews toured our region today, and made a stop at the province's newest facility for mental health care.

The new Waypoint Centre in Penetanguishene is expected to be the most modern care centre of its kind in the province.

Staff and board members of the Waypoint Centre lobbied the government for 30 years to get this new facility built.

It's a 350,000-square-foot facility Matthews says will change the way mental health patients are treated.

“This changes a lot because space matters. Staff matters the most but space matters also when we hear that patients are living in cells,” Matthews says. “They will have their own rooms now. We all need that space to get stronger.”

“The patients’ rooms look more like dorm rooms and that’s intentional. This is their home for whatever period they're with us,” Lambie says.

It may be their home, but it's also a state-of-the-art, maximum-secure facility.

Waypoint is also home to a separate facility for patients living with mental illness or addictions who haven’t had legal issues.

Deanna spent time at the old facility after she was found not criminally responsible for attempted murder. She says the new unit puts people back on a good path.

“Our illness doesn't define us and a place like this allows people to get a footing, get their mental health issues under control and learn how to be productive members of the community,” she says.

And that's what she's done. Deanna is a university student working toward a degree in criminology.

Moving in will start at the beginning of April and the centre hopes to have all 180 patients settled in by the first week of May.