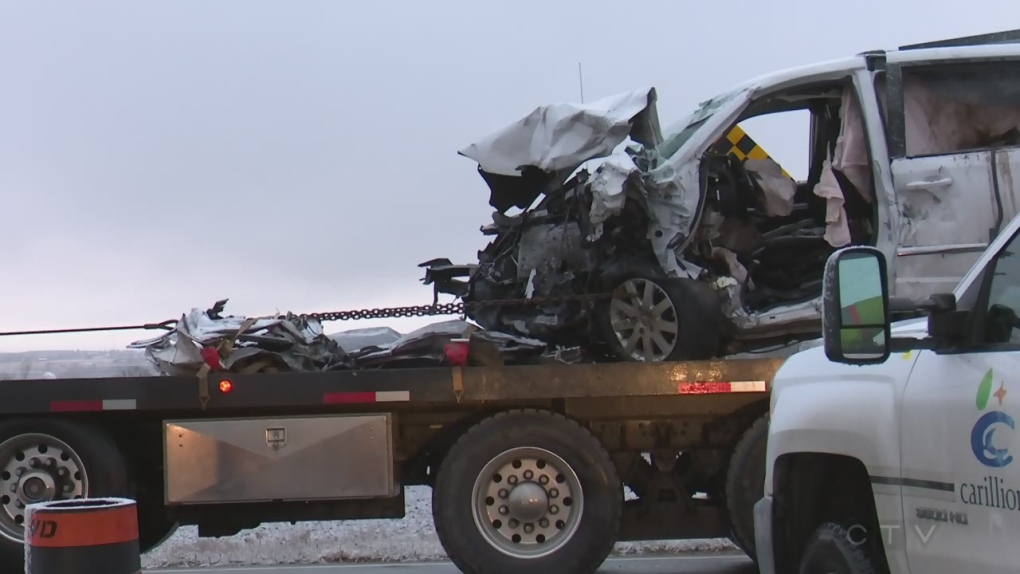 Two people are dead after a head-on crash in near Alliston on Highway 89 on December 16, 2015. (Keith Cheney / CTV Barrie)

Two people are dead following a head-on collision between a car and van near Alliston early Wednesday morning.

Emergency crews were called to Highway 89 near the 9th Line in New Tecumseth, just after 1 a.m.

Police had the road closed for several hours for their investigation but it reopened shorty after 8 a.m.

The investigation into what caused the crash continues.