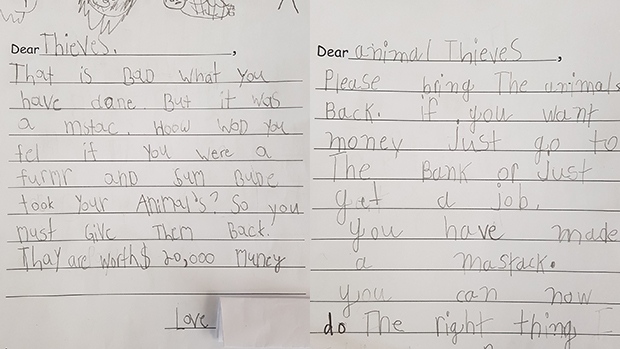 Students from a Grade 1 class have written letters asking thieves to return three stolen animals to the Elmvale Jungle Zoo.

The six and seven year olds from Mount Pleasant Village Public School in Brampton were shocked when teacher Stacy Chaytor told them about the theft of a lemur, monkey and tortoise at the zoo.

“They wanted to go for a walk to help look for the missing animals. However, we live in Brampton so doing the walk was out of the question,” she says.

So instead, she got the children to write letters.

“Please bring the animals back. If you want money just go to the bank or just get a job,” one of the students wrote.

Another student wrote “that is bad what you have done but it was a mistake. How would you feel if you were a farmer and some dude took your animals?”

Students have been writing letters about the things they are passionate about all year. Chaytor has been telling her class that even though they are young, they can still make a difference.

“Please return the baby animals. They just look so cute. I am talking nice to you. All I want you to do is return them,” another letter reads.

The letters all carry the same undertone: a mistake was made, and it’s not too late to fix it.

“You can see in the letters that they are trying to be kind in their approach because ‘you should solve problems with kindness, not anger.’ Something we say daily,” Chaytor says.

The investigation into the theft is still ongoing. The OPP says the thieves cut through a fence in the zoo’s parking lot sometime between 9 p.m. on Monday and 6 a.m. on Tuesday. The thieves then entered a barn and stole the animals.

The estimated value of the lemur, monkey and tortoise is $20,000. A $10,000 reward is being offered for information that helps lead to an arrest.

One of the youngsters in Chaytor’s class wants to help too.

“Please give them back to the zoo. I will give you money if you give us our animal.” 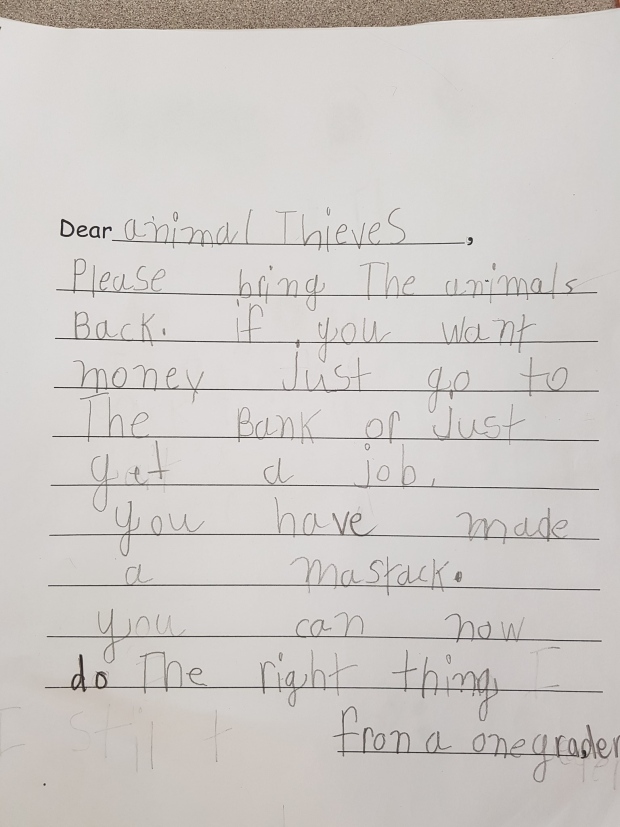 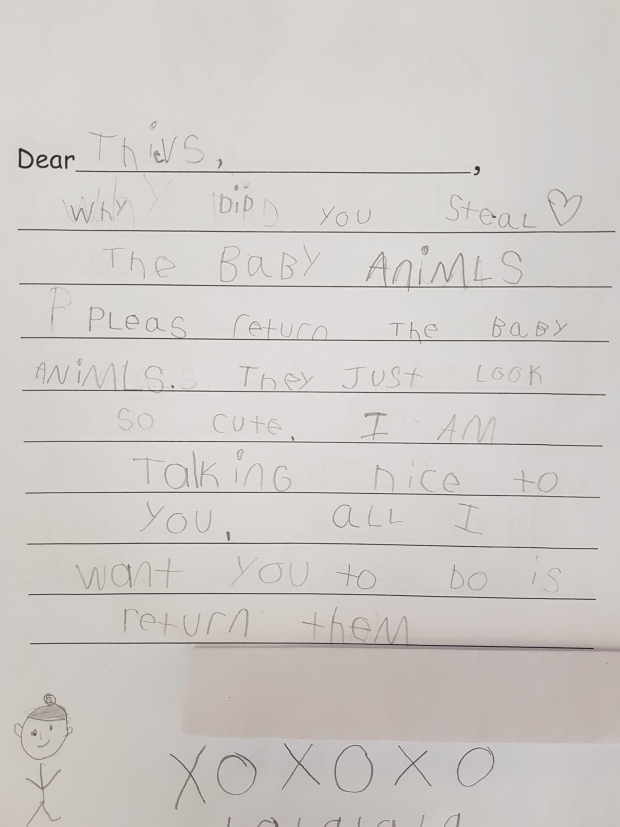 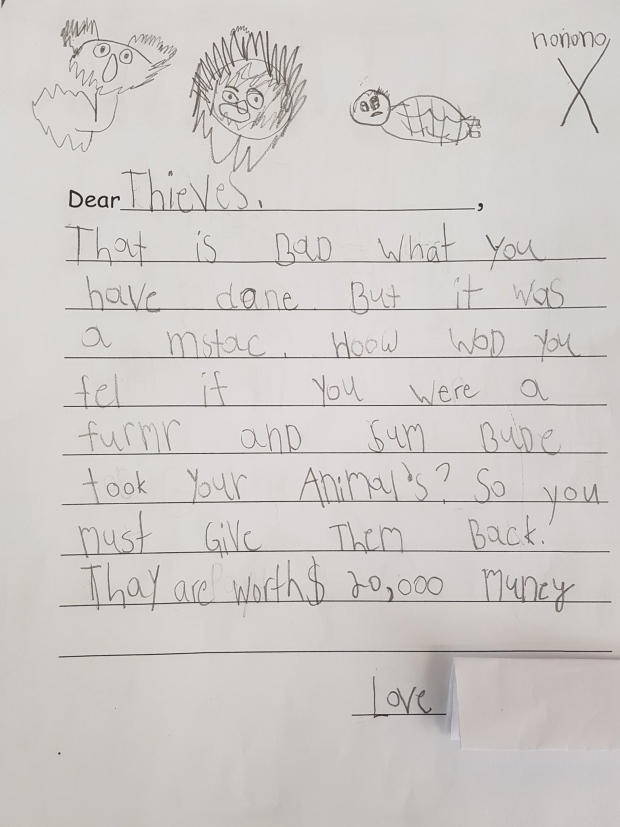 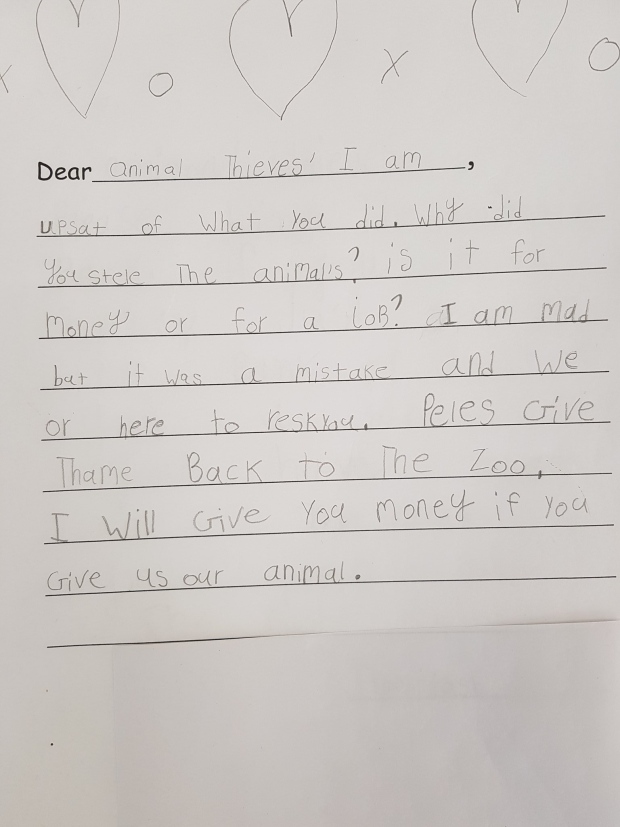