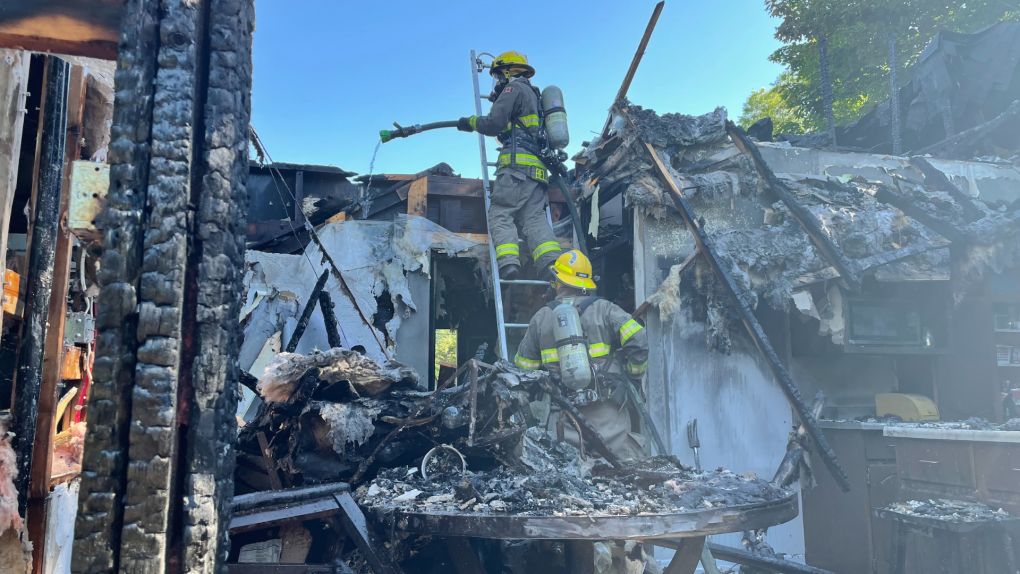 Firefighters battled a blaze at a Meaford home in the sweltering heat Wednesday afternoon.

According to Meaford fire officials, crews were called to the Louisa Street residence just before 3 p.m., seeing flames shooting out of the roof.

The heat and humidity posed some concerns for attending crews, who had to rotate through firefighters to prevent dehydration.

Temperatures hit the 30s on Wednesday, closing out two days of heat warnings spanning most of Ontario.

Firefighters remained on scene until after midnight to ensure the fire was out.