A house fire that spread to a neighbouring home in Barrie's south end caused more than half a million dollars in damage and uprooted two families.

Residents in the area could see flames shooting out the front of the house on Chieftain Crescent off Little Avenue around 5:30 p.m. on Wednesday. They ran towards the fire to make sure everyone was out safely.

"I booked it right outside and realized the neighbour's house was on fire, and I yelled to my mom to call 911," says Danielle Perry.

Another resident ran inside the burning home to rescue a pet rabbit.

Officials say thanks to the heroic efforts of the neighbours, no one was injured, including the family pets. 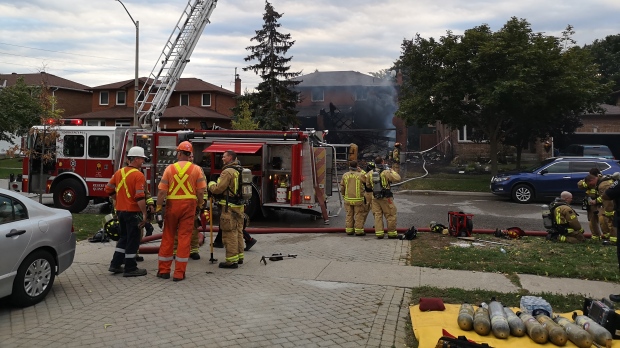 The blaze spread to the house next door where Annett Heines was inside cooking dinner, unaware of the danger. "I heard someone pounding on my door, and they wouldn't let up, so I came running, and they told me that my house was on fire, so I came running out with my dog."

Investigators say that with no smoke alarms in the garage, which are not required, the flames intensified before anyone knew what was happening. 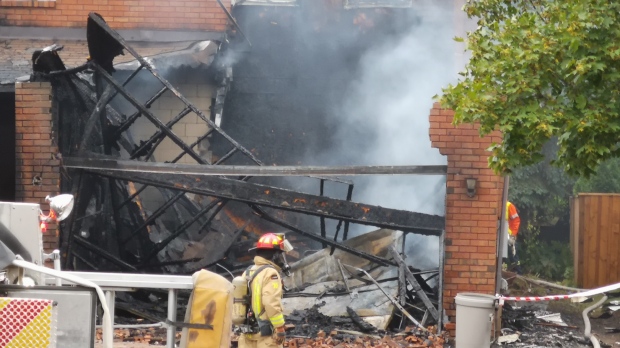 The Fire Marshal's Office will begin its investigation today into the cause of the fire.

Officials are concerned about the structural integrity of the home where the blaze originated.

We're told both families are insured and have made arrangements.

There is a GoFundMe campaign set up to raise money for one of the affected families.