Farmers in southern Ontario say they are fed up with a selfie fad that has caused thousands of dollars in damages.

Dufferin OPP received a picture of several people parked along Highway 10 in Shelburne entering the bright yellow canola field to take selfies over the long weekend. 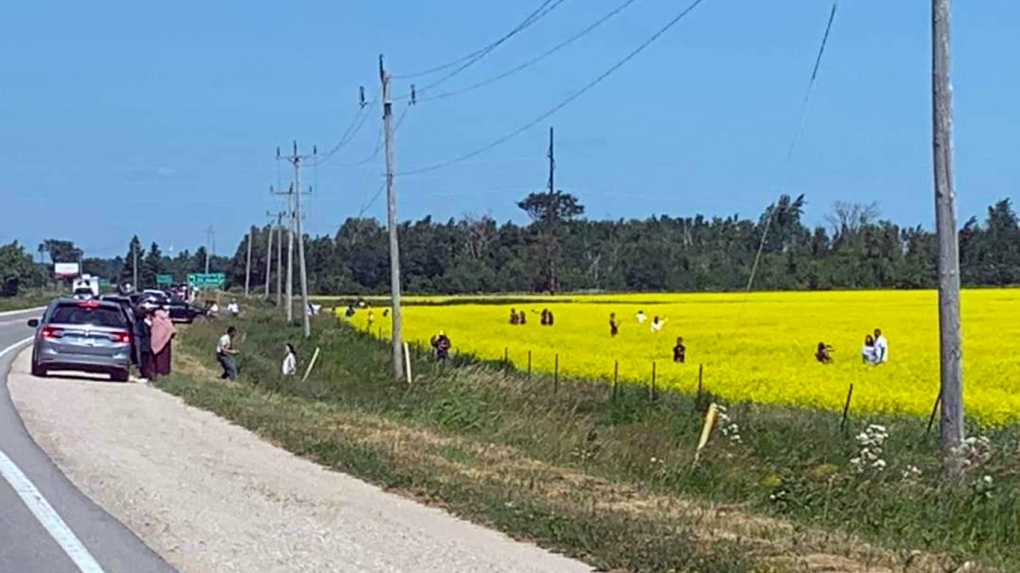 People are seen taking photos in a canola field in Dufferin County over the long weekend. (Ontario Provincial Police)

Police say it's an issue that could lead to charges, including trespassing and mischief.

"When we researched into what may have been going on there, we realized there was potentially $2,000 worth of damage to a farmer's crop," said OPP Const. Jennifer Roach following two recent incidents.

The plant is in full bloom this time of year, making it attractive to people looking for that perfect photo.

But police say not to stop on the side of the road to walk into the fields, no matter how enticing it may appear.

"At the end of the day, it's a crop. It's used for food, and it's income for a farmer," Roach added.

Blydorf is angry with what he calls "a lack of respect."

"It's no different than me going into your backyard. If I decide, hey, you got a sweet-looking pool, I'm going to come have a good evening here, it feels different in a sense, but it's exactly the same thing. It's someone else's property," he noted.

"The problem is we're left with the bill of the consequences of all that damage, and it's not uncommon at all," said Bill McCutcheon, the president of the Dufferin Federation of Agriculture. "I hope there's an awareness that they just can't go wherever they want."

Farmers say canola plants are fragile, and the crop can't be used if the blooms are knocked off.

"It's not public land. These lands are owned by private people, and in this case, farmers that are trying to make a living, and they should stay out," McCutcheon stated.

Dufferin OPP officers have stepped up patrols of the area and encourage anyone with information about trespassers to contact the police.