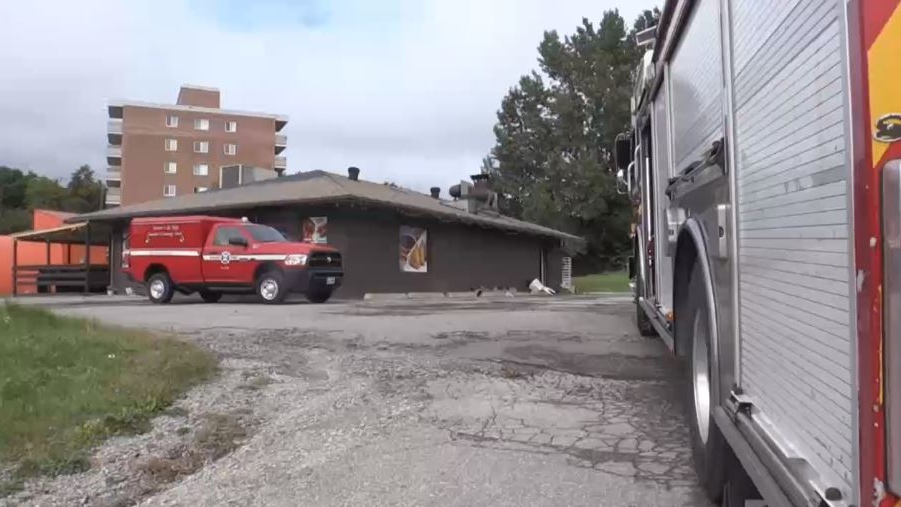 Barrie Fire and Emergency Services received a call about a fire at the Tandoori Kingdom restaurant on Blake Street shortly after five.

"Crews arrived to find the fire venting through the roof," said Deputy Fire Chief Carrie Clark. "An aggressive attack extinguished the fire, and a thorough overhaul is ensuring there are no hotspots."

Chief Cory Mainprize said fire investigators would be at the scene for several hours to determine the cause of the blaze, but his early estimation was that it wasn't a suspicious fire.

There is no estimate of loss yet.