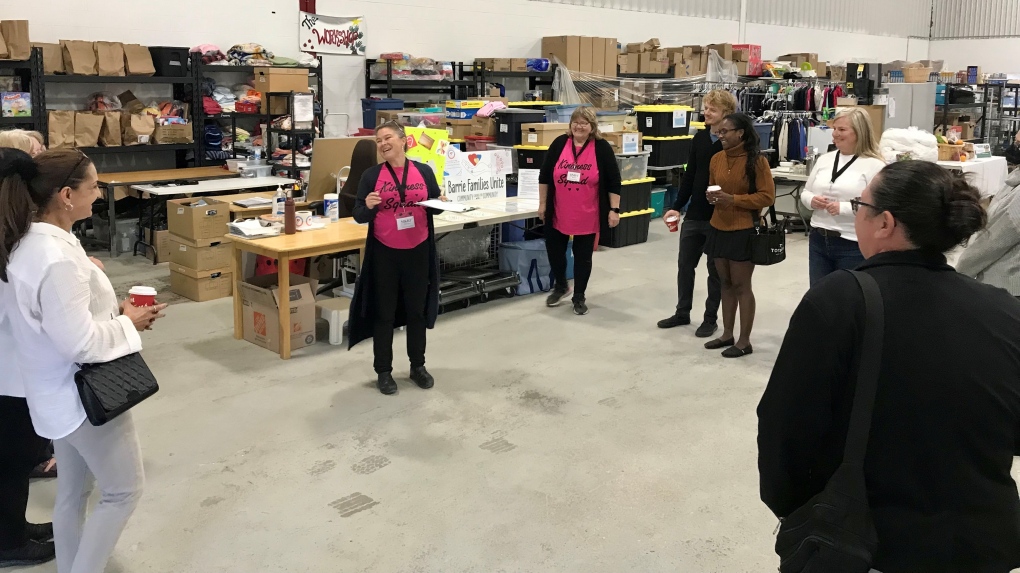 Nikki Glahn did start Barrie Families Unite (BFU) as a social media group during the lonely days of the pandemic in March 2020.

After seeing the shortfalls in the established agencies’ systems, such as an overloaded food bank, and no free clothing available, BFU's members began to collect food and items needed to distribute across Barrie.

“Timing was a big factor. We evolved because we began to find that despite all these amazing agencies, there are always gaps people are falling between,” Glahn said. “We had 18,000 (Facebook) members and we began to see a repetition of needs.”

Within a year, the group began to organize. Glahn incorporated Barrie Families Unite and moved to 49 Truman Drive, unit 31, to house the community's free goods donated – and needed – by the community.

Glahn said they now offer situational crisis support, such as after a house fire or leaving an abusive relationship.

They will accept and offer everything from toasters to hair dryers and help source what they can.

BFU also offers laundry services at three different laundromats each Thursday by simply filling the machines with change for the participants.

“We’re the largest agency supporting the Good Food Box program. We make a bulk purchase for 150 members on a list every month,” she said.

As Christmas approaches and Christmas Cheer resumes its annual food and toy drive at the Truman facility, BTU hopes to find space over the holiday season.

“Come NOV 15, we’re homeless. We need to find a satellite place for a few months,” she said.