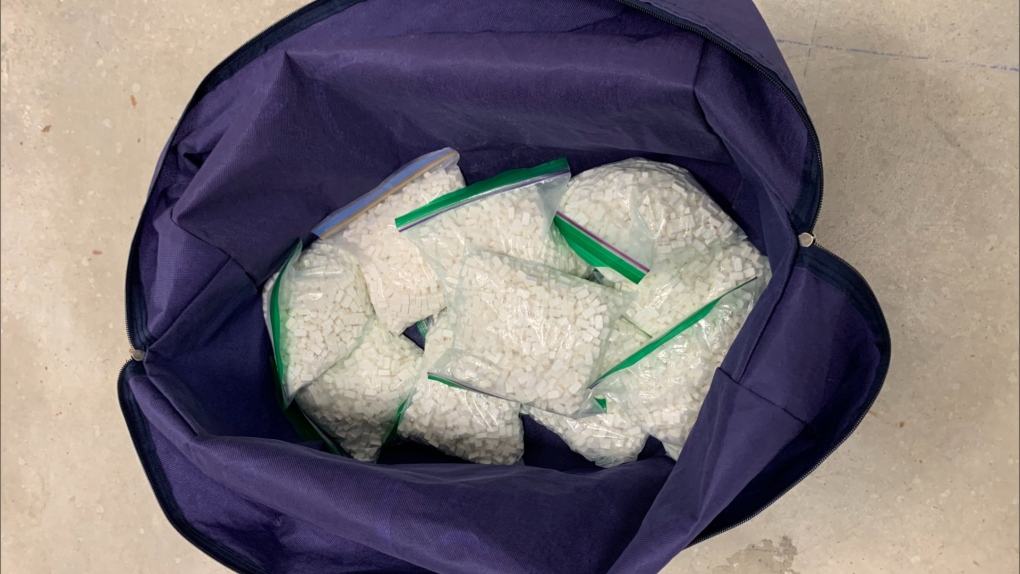 Officers seized over 11 pounds of suspected methamphetamine after stopping an erratic driver in Barrie, police say.

According to Barrie police, officers pulled over a vehicle "that had been travelling erratically" on Hart Drive on Monday night.

Police say the driver and passenger tried to take off on foot but returned to the vehicle when officers ordered them to stop.

They say the officers found cannabis and meth in the car and a large quantity of Canadian cash, and a prohibited weapon while searching the men.

The pair had been staying in a nearby hotel that police say surrendered their belongings after their arrest, which included 10 large ziplocked bags containing suspected meth.

Additionally, the driver was charged with weapons offences.

The duo was held for a bail hearing and remanded into custody.

U.K. Prime Minister Boris Johnson has agreed to resign, his office said Thursday, ending an unprecedented political crisis over his future that has paralyzed Britain's government.

Here's who could replace Boris Johnson as U.K. prime minister

Boris Johnson was due to resign as Britain's prime minister on Thursday, bringing an end to a turbulent two and half years in office and triggering a search for a new leader.

The next stage in the battle against COVID-19: bivalent vaccines

Several vaccine manufacturers are racing to develop formulas that take into account the more infectious Omicron variant now driving cases, while policymakers are laying the groundwork for another large-scale vaccine blitz.

Jailed American basketball star Brittney Griner returns to a Russian court Thursday amid a growing chorus of calls for Washington to do more to secure her release nearly five months after she was arrested on drug charges.