The race for the Simcoe North riding

It's been a frustrating few weeks for both the NDP and Green Party in Simcoe North.

Both faced a tight deadline of Monday with finding candidates to represent their party on the ballot. After some huge setbacks, the NDP and Greens got the job done.

"Elizabeth May asked if I would step in," explains Simcoe-North Green Party candidate, Valerie Powell. "We had five other possible candidates, but there wasn't the time, so I'm it - reused and recycled."

Powell is a political veteran, but this time, she's hadn't planned on being back on the ballot. Former candidate, Eric Schomann, was turfed after a controversial Facebook post surfaced.

Powell said the post was taken out of context and called Schomann's firing a "knee-jerk reaction" that cost the party valuable campaign time.

"We're at a disadvantage," she said. "All the money was spent on signs and brochures with his name on it." 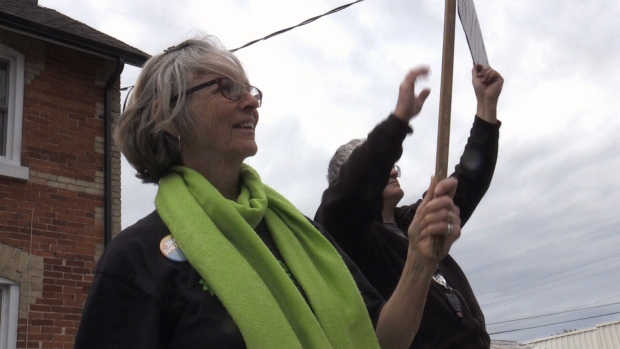 The NDP in Simcoe North is also behind. After dealing with vetting delays, the party finally named 23-year-old Angelique Belcourt from Midland as its candidate.

The post-graduate student has ties to the Georgian Bay Metis and credits her experience visiting Parliament with Daughters of the Vote this past spring for inspiring her to delve into politics. 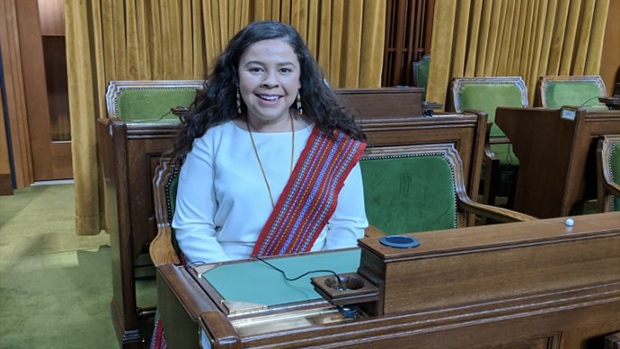 Angelique Belcourt is pictured sitting in the House of Commons in April 2019 during 'Daughters of the Vote.'

"I feel like people are worried that there isn't a representative for them in this community," Belcourt said. "There is, it's me, and I'm here to work for you, and I want them to know that."

Both women must now figure out how to run an effective campaign with less than a month before voters head to the polls.

It's going to be a fierce battle in what has been a staunchly Conservative riding since 2006.