"What unites us is the fact that we speak French together. We celebrate our French culture, our French heritage," explained school board trustee Claire Thibideau. 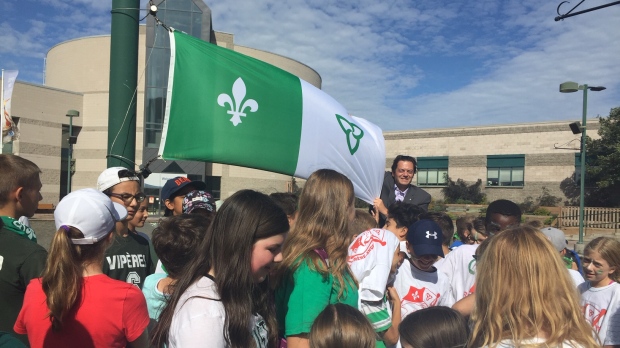 Franco-Ontarian Day is celebrated with a flag raising at Barrie City Hall.

Ontario boasts the largest Francophone community outside of Quebec.

The green and white flag has been around since September 25, 1975. It was flown for the first time at Laurentian University in Sudbury and since then has represented the Franco-Ontarian community. It was officially acknowledged in 2001.

Franco-Ontarian Day recognizes Francophone culture and the contributions made over the last 400 years.