Police released images of two suspects believed to be involved in armed robberies in Beeton and Caledon last month.

Officers with the Caledon and Nottawasaga OPP detachments are investigating two robberies that happened at a gas station and convenience store just half an hour apart on Nov. 17.

The suspects wore face masks and dark clothing during the robbery on Airport Road near Old Church in Caledon.

Police say they were armed and demanded money and cigarettes.

Police describe the first suspect as having light-coloured skin with an average build.

They believe the suspect is a man wearing a grey/white "trucker-style" baseball cap with a sticker or logo on the brim, a camouflaged face mask with florescent orange around the neck and dark gloves. 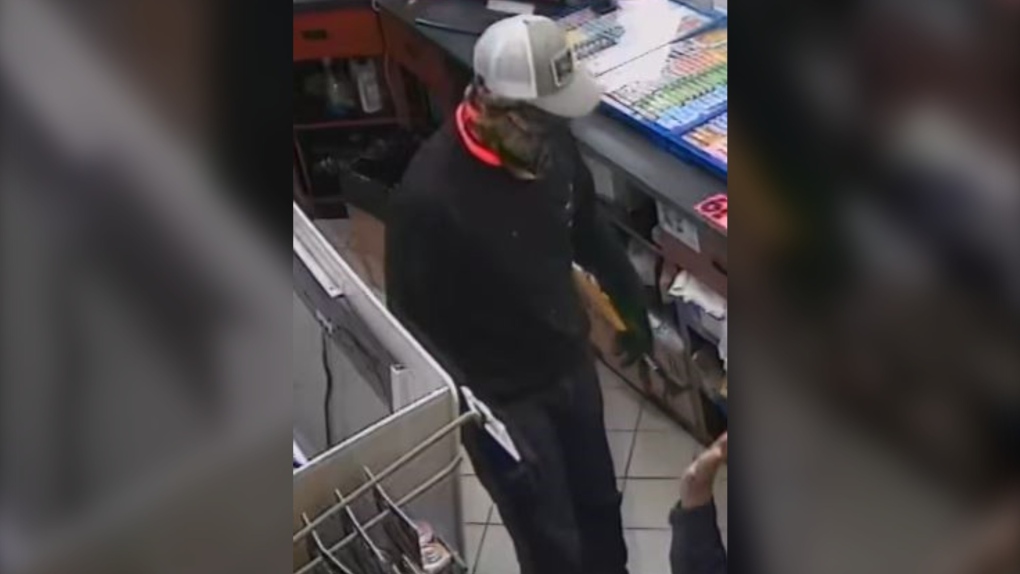 Police describe the second suspect as possibly being a man with light-coloured skin and a thin build.

They say the suspect was wearing a face mask, white toque and black hoodie with a white NFL Philadelphia Eagles logo on the front. 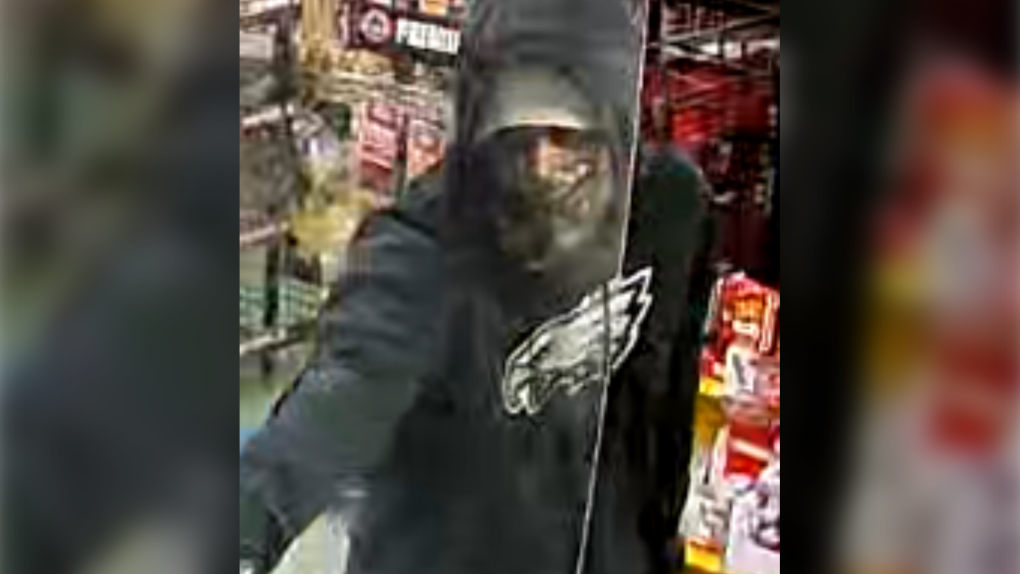 OPP released images of suspects wanted in connection with armed robberies in Caledon and Beeton, Ont., on Nov. 17, 2021 (Supplied)

Police are looking for the getaway vehicle, a grey Honda CRV with the license plate BXRK050, which they say was reported stolen from Brampton.

Police say no one was injured in either incident.