PCs vow to cut taxes and hydro rates in platform 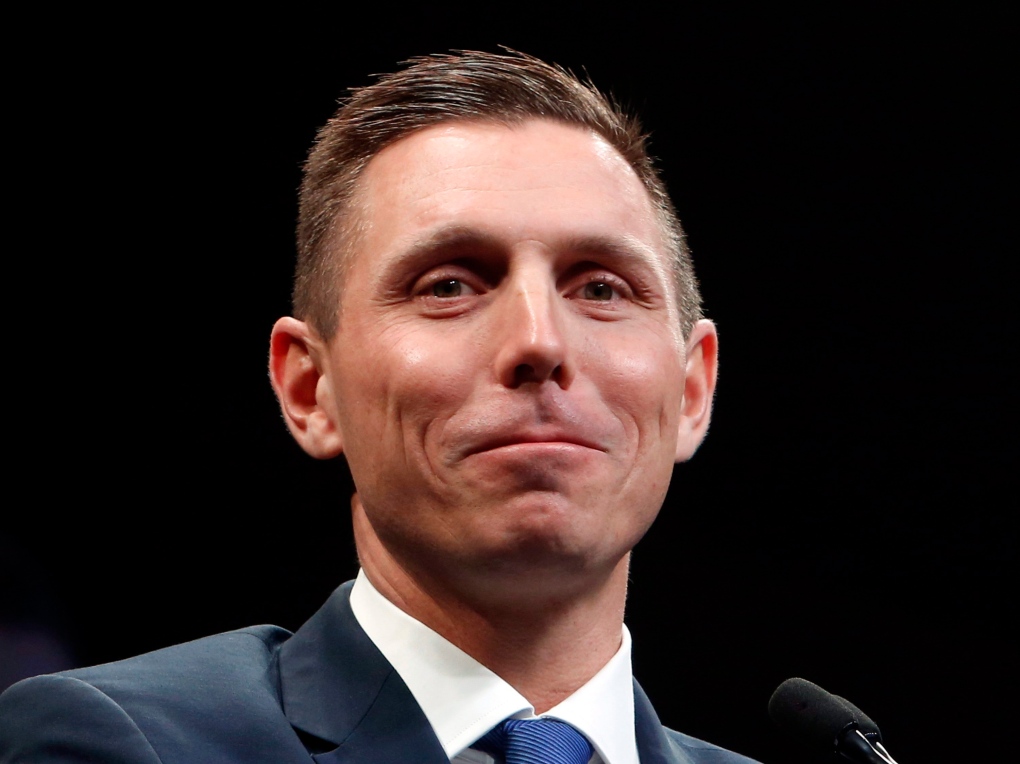 Ontario Progressive Conservative Leader Patrick Brown says if he's elected premier next spring he will introduce tax cuts for the middle class, a refund for childcare expenses and a further 12 per cent cut to hydro bills.

Brown introduced the party's 2018 election platform -- presented as a 78-page glossy magazine and called the "People's Guarantee" -- at a policy convention today in Toronto.

The tax cuts, childcare refund and hydro cuts are part of five promises that make up the core of the Tory plan and also include a pledge to spend $1.9 billion over the next decade to create a mental health-care system. And in a direct jab at Premier Kathleen Wynne's government, Brown said he plans to introduce legislation to address integrity and accountability at Queen's Park.
"This is your platform," Brown said to a cheering crowd at the Toronto Congress Centre. "This is Ontario's platform. This is a platform for change."

Brown said if he cannot implement his five main promises he will not seek a second term as premier. He also tried to fire up supporters ahead of six month long run up to the vote.
"Friends these are significant promises that we are making to the province of Ontario," he said. "And friends, this is the last time we're going to be together before the next election. The next six months will not be easy. ... I will be tested. You will be tested. But I know you're ready for it. I've seen it."

The plan would also introduce the Ontario Child Care Refund, a tax credit based on household income. Under the plan, a mother who earns $35,000 a year and has a child under six would be eligible for a refund of $6,750 in child care costs. Lower income families who qualify for the credit could receive the refund payments in the form of a monthly cheque.

The Tories say they will cut hydro rates for the average household by 12 per cent, or $173 annually, through a number of measures which include returning the $350 million dividend from Hydro One to ratepayers.

The plan pledges the creation of a comprehensive mental health-care system by investing $1.9 billion over the next decade, matching federal funding put towards the same task.

Brown promised to create a Trust, Integrity and Accountability Act to address "political corruption" in the province. It would close fundraising loopholes in existing legislation and restore the auditor general's power to vet government advertising.

Liberal Transportation Minister Steven Del Duca, who attended the convention as an observer, launched a blistering attack of the platform, calling the magazine it was presented in something better suited for the "fiction section of Chapters."

"The next election is not a game," Del Duca said. "Promising everything under the sun to everybody under the sun and pretending there will be no pain is not something that the people of this province deserve. They deserve a leader who levels with them."

Michael Balagus, Ontario NDP campaign director, called the Tory plan a disappointing "tweak" of Liberal programs. When the New Democrats introduce their platform in the coming months, it will underscore the stark contrast between Brown and NDP Leader Andrea Horwath and their policies, he said.

"They've got lots of cash, lots of gloss," Balagus said. "We know we're going into this campaign as the underdog. We're the guys who are going to have to scrap all the way. We're prepared for that. They can have the gloss, we'll have the substance."

Beyond the five key pillars of the plan, the platform has more than 140 other promises. They cover a wide range of issues from transit to health care. The plan will also keep many of the Liberal's biggest spending plans including free pharma care for anyone under the age of 24 years olds, all-day kindergarten and the free tuition plan for post-secondary students.

The Tories are promising to end the Liberals' cap-and-trade program by July 1, 2019, and withdraw from the Western Climate Initiative. The party says it would instead opt into federal carbon pricing bench marks and return all proceeds of the program to taxpayers.

The platform promises to pay $5 billion for new and existing subway projects in Toronto. The Tory plan offers to take on the full cost, plus any overrun, for the controversial Scarborough subway extension. In exchange, the City of Toronto would be asked to assume the costs of a light-rail project in the city's east end which extends to a University of Toronto campus.

The platform also would see the province upload hundreds of millions each year in infrastructure and maintenance from the Toronto Transit Commission for its subway system. The TTC would continue to receive all revenue from the fare box and control the entire transit system.

The Tories say their platform spending has been reviewed by former federal Parliamentary Budget Officer Kevin Page who has deemed it "reasonable".