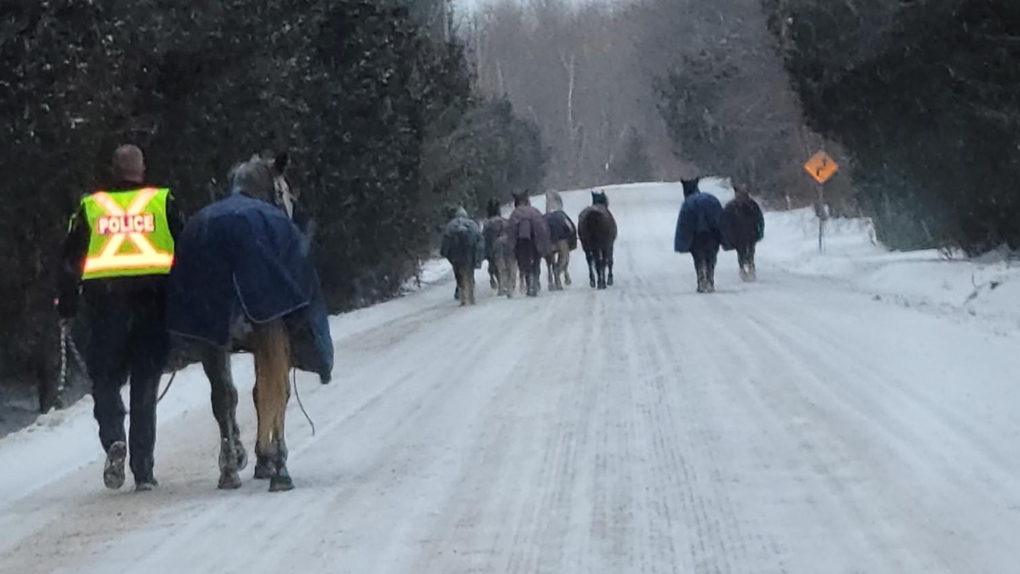 Several provincial police officers turned cowboys Sunday morning when they were called to wrangle horses that escaped a farm in Mono.

According to OPP, several horses fled their farm and were wandering along Highway 10 when police received the call.

Police closed the highway for a brief time while officers rounded up the horses, which were wearing harnesses and blankets, and walked them back home without incident.

Police say the owner showed up and helped corral the animals back across the road.

"This could have been an absolutely tragic incident that was averted by someone calling the police," Roach stated in an email to CTV News.

"Every day is different in the life of a police officer," OPP tweeted with the #Ishouldhavebeenacowboy regarding the incident.

McDonald's to sell its Russian business, try to keep workers

More than three decades after it became the first American fast food restaurant to open in the Soviet Union, McDonald's said Monday that it has started the process of selling its business in Russia, another symbol of the country's increasing isolation over its war in Ukraine.

A major infant formula recall by the U.S. manufacturer of Similac has exacerbated ongoing pandemic-related supply issues for some Canadian retailers, according to the Retail Council of Canada, while other stores have generally been able to keep shelves stocked, with any shortages mostly temporary.