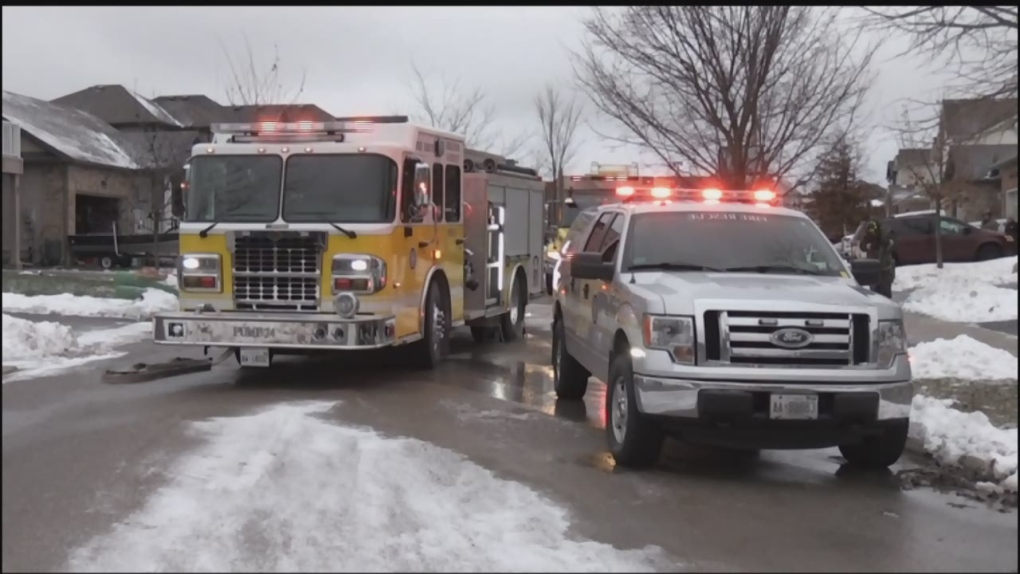 A house fire in Shelburne sent four people, including a firefighter, to hospital on Monday.

Fire crews arrived at the home on Fleming Way shortly before 1 p.m. as flames shot out the windows on both sides of the house.

Officials say the fire started in the common area on the main floor.  Six people live in the residence, two in the basement unit and four in the upper level.

The fire was quickly contained, but the home did sustain some heat damage.