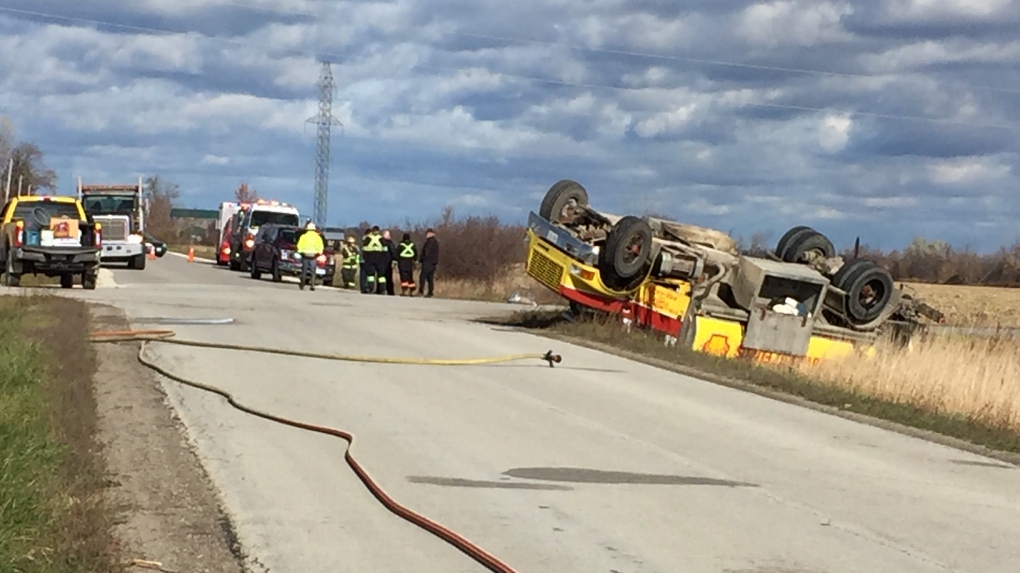 Public works crews, as well as officials from the environment ministry, OPP, and Clearview fire monitor the clean-up after a fuel truck overturns. (CTV Barrie/Steve Mansbridge)

Traffic came to a grinding halt in Clearview Township on Wednesday morning, after a Shell fuel truck overturned into a ditch.

The rollover happened around 9:30 a.m. on 3-4 Sideroad at Concession Rd 7 Sunnidale.

Upon arrival, emergency crews learned that the driver of the five-tonne fuel truck managed to climb out of his vehicle. He was taken to Collingwood G&M Hospital with minor injuries.

Crews from public works, along with the Ministry of the Environment, Clearview Fire, and OPP are all monitoring the clean-up, after several loads of sand were brought in to minimize the spread of fuel.

Payment says the clean-up could take several hours or even days, depending on how the righting of the vehicle goes. He adds that a spill of this nature is especially concerning, given proximity to water in the ditch and surrounding farm lands.

Investigators don’t yet know what caused the driver to lose control of the truck and overturn. Roads in the area remain closed for the clean-up and investigation.