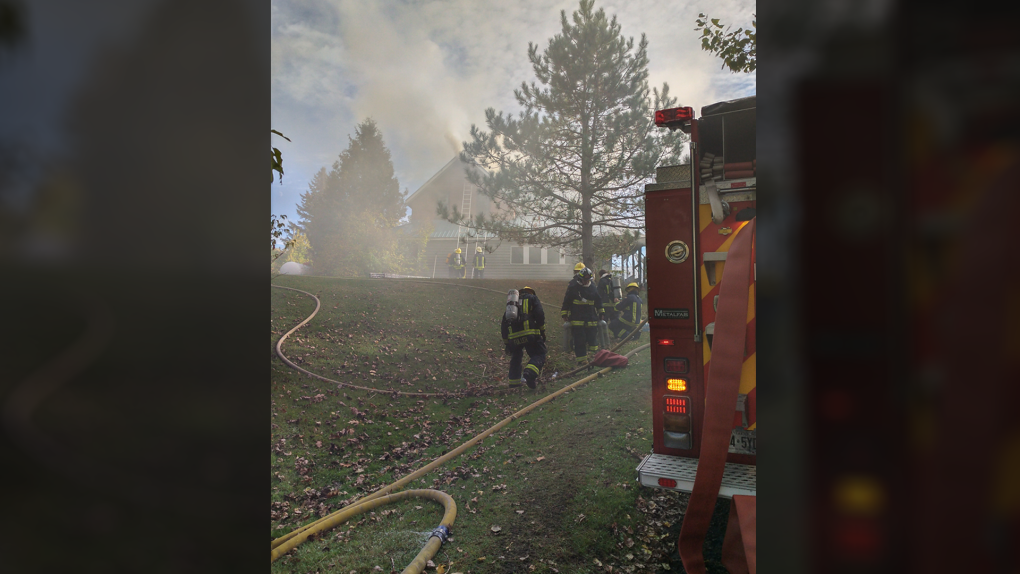 Firefighters battle blaze at a home on Hwy 141 in Utterson on Saturday, October 5, 2019. (Submitted photo/Mike Vadlja)

Mike Vadlja, fire prevention officer with Huntsville & Lake of Bays fire department says the home’s sole occupant and their pet dog managed to get outside before crews arrived. No one was injured.

Witnesses tell CTV News that at least half a dozen trucks and fire crews are on scene trying to extinguish the stubborn fire.

There’s no word yet on what caused the fire to ignite, but Vadlja says it is not believed to be suspicious.

The fire originated in the porch and had spread to the attic of the home, which made it challenging for firefighters to access.