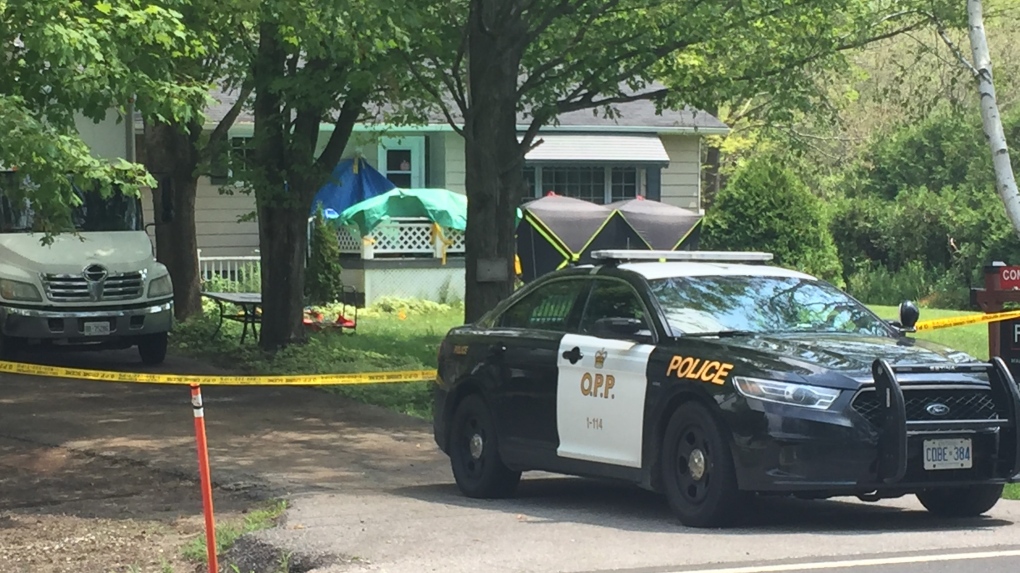 The suspicious death of a man in Tay Township earlier this week has now been confirmed a homicide, according to Southern Georgian Bay OPP

The victim has been identified as 24-year-old Jonus Keegan Palmer of Tay Township, who police say died of a gunshot wound.

Police were called to the home on Old Fort Road just after 11 p.m. Monday, where officers found a man dead outside the home.

OPP did make an arrest at the scene but said it was unrelated to the incident.

Police insist that there's no threat to public safety as they do not believe this was a random incident but haven't elaborated further.

Quebec's major party leaders made their final appeals to voters Sunday as residents across the province prepared to cast their ballots on Oct. 3. Polls are open from 9:30 a.m. to 8 p.m. Eastern time Monday. During that time, Quebecers will endorse or condemn their leaders' conduct during major language law overhauls, existential questions on provincial identity, and of course, the pandemic.

According to Windsor Police, the Ambassador Bridge was closed on the Canadian side Sunday evening.

Nobel prize in medicine awarded for research on evolution

This year's Nobel Prize in physiology or medicine has been awarded to Swedish scientist Svante Paabo for his discoveries on human evolution.

The gig is up: Alberta Premier Jason Kenney set to step down from top job

Don't cry for me, Alberta, I was leaving anyway. It's Premier Jason Kenney's swan song message as he prepares to depart the province's top job, forced out by the very United Conservative Party he willed into existence.

The British government on Monday dropped plans to cut income tax for top earners, part of a package of unfunded cuts unveiled only days ago that sparked turmoil on financial markets and sent the pound to record lows.

Scientists call for vigilance, warning another monkey virus could soon be poised to infect humans

Researchers are calling for vigilance in a new study that outlines an obscure family of viruses that causes Ebola-like symptoms in certain monkeys, warning that one of these viruses could soon make the jump to humans.

A passenger's cellphone automatically alerted responders after a car hit a tree early Sunday in a Nebraska crash that killed all six of its young occupants, authorities said.

It's voting day in Quebec, a border crossing was unexpectedly closed Sunday night, and the Toronto Raptors begin their pre-season with a win in Edmonton. Here's what you need to know to start your day.

Ukrainian troops continued to push forward Monday with their offensive that has embarrassed Moscow, with Kyiv officials and foreign observers hinting at new gains in the strategic southern region of Kherson.