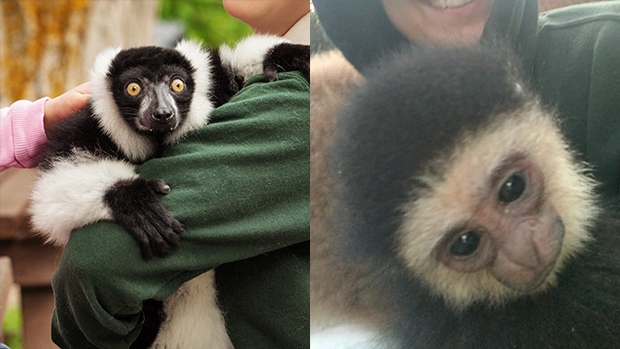 A reward of $10,000 is being offered following the theft of three animals from the Elmvale Jungle Zoo.

A baby Gibbon monkey named Agnes, a black and white lemur named JC, and Stanley the tortoise were taken by thieves during a break-in.

The OPP says the thieves cut through a parking lot fence and moved through a flamingo pond sometime between 9 p.m. on Monday and 6 a.m. on Tuesday.

The thieves then entered a barn and stole the three animals. The estimated value of the animals is more than $20,000.

“We have $5,000, a reward from us, and another person has come forward and asked if they could also match our reward, so the reward is up to $10,000 now," says Michel Persi, a spokesperson for the zoo.

Police still haven’t said how many people were involved in the theft. Investigators are hoping someone may have seen something suspicious in the area around the time of the theft.