A young bear is on the road to recovery after being found along the side of a highway in Parry Sound, suffering two broken front legs.

OPP constables Danielle Shank and Nicholas Villeneuve got the call and arrived to find the bear lying on the shoulder of the roadway.

"Originally, it wasn't moving too much, so we did a quick assessment and then noticed he was moving quite a bit. His head was moving around, and he was looking at us," Villeneuve said. 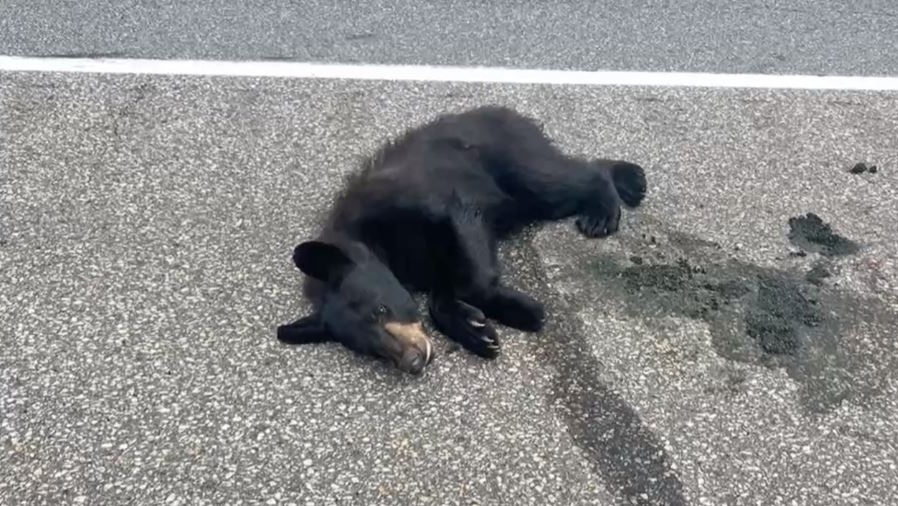 An injured bear is found lying along the shoulder of a highway in Parry Sound, Ont. on July 24, 2022. (Supplied)

The officers said the bear, thought to be roughly a year old, was in "pretty good shape" despite the broken limbs after being hit by a car.

The two constables waited with the yearling, directing traffic to keep him safe, while staff with Bear With Us, an animal rehabilitation centre, arrived to pick him up.

"The bear did show that it had quite a bit of life in it, so we managed with the help of the police officers to get it into a transport crate," said Mike McIntosh, Bear With Us president.

McIntosh said the young animal underwent a complicated surgery three days later "that required six hours of work to put these bear's legs back together." 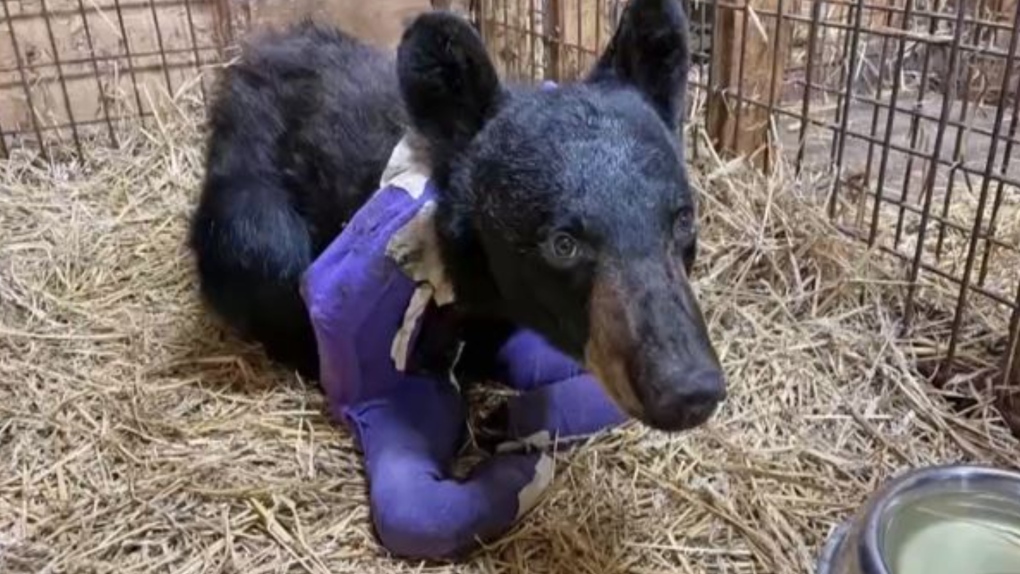 McIntosh credits the heroic actions of the officers and the veterinarian for saving the bear.

"The bear didn't have a chance if it wasn't for the consideration of the two Ontario police officers, to begin with, and then the expertise of this wildlife veterinarian."

The veterinarian will remove the pins from the bear's legs in three to four weeks to begin rehabilitation to help him walk again.

McIntosh hopes to be able to release him back into the wild sometime in October.

Are magic mushroom stores the next pot shops?

Magic mushroom dispensaries are popping up in cities across Canada, with customers ranging from those looking for treatment for depression or PTSD to people wanting to 'micro-dose' a small amount of psilocybin, the hallucinogenic compound in magic mushrooms. But while the situation is in some ways reminiscent of when cannabis retailers set up shop before marijuana was legalized in 2018, Health Canada says there are no plans to legalize or decriminalize psilocybin products.

Q & A with a Russian warfare expert: 'This is not a proxy war' with the U.S.

With the anniversary of Ukraine's invasion by Russia around the corner, CTV News sat down with a Russian warfare expert to discuss how he sees the conflict playing out and what happens next.

According to Environment and Climate Change Canada, as of Thursday morning there were extreme cold or winter storm warnings active from coast to coast, with the harshest extreme cold warnings stretching from northern Alberta all the way to Nova Scotia.

One of Saskatchewan’s oldest hockey rinks has garnered national attention for its unique features and unusual design.

A paramedic signing off for duty for the last time got choked up and teary-eyed during his final radio call to colleagues.

Quebec recommends booster only to vulnerable never infected with COVID-19

Quebec is changing its vaccine strategy: public health officials are now recommending booster shots only for vulnerable people who have never had COVID-19.