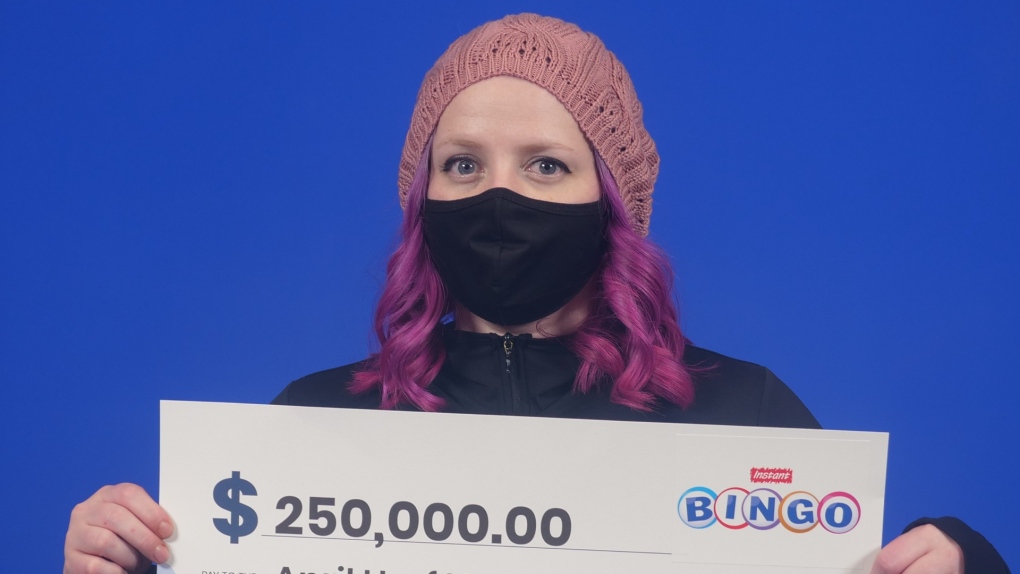 A restaurant employee is celebrating her first big lottery win.

After purchasing her ticket at Shell Select on Leslie Street in Newmarket, Hess said she thought she had only won $30.

"I kept playing the rest of the ticket, and I couldn't believe it when I won $250,000. I just kept thinking, 'This can't be real,'" she said while picking up her winnings from the OLG Prize Centre in Toronto.

Hess said she showed her father, who thought she won $250.

She plans to spend her winnings wisely by investing, travelling and paying some bills.

"I will also treat my coworkers to a pizza party," Hess concluded.