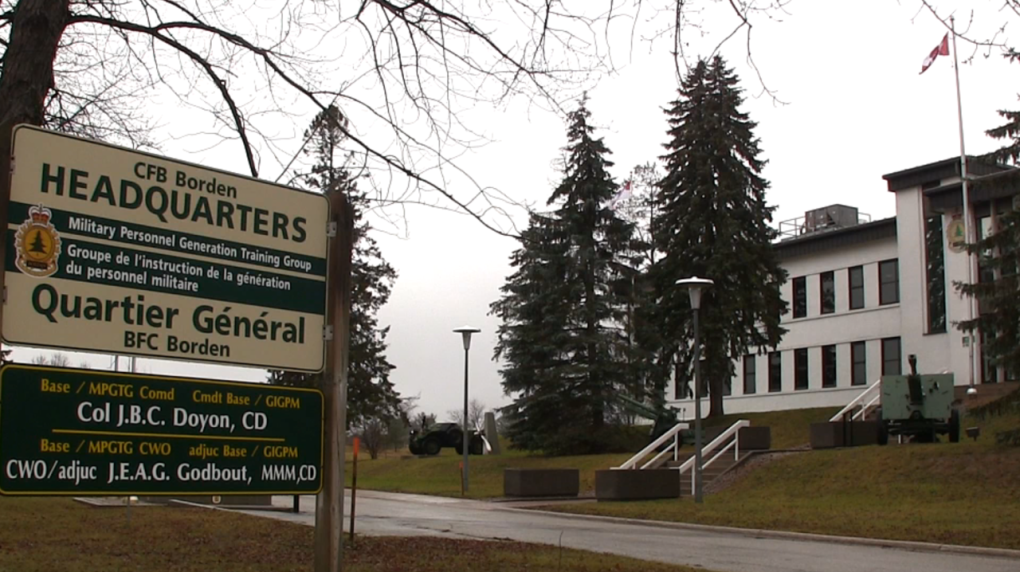 Investigators with the Department of National Defense have charged a high-ranking officer at CFB Borden with sexual assault.

Major Jean-Marc Mercier with DND Media Relations tells CTV News that two reported incidents were being investigated with two separate victims. He says both victims were military members at the time of the alleged incidents and that they occurred on or near CFB Borden.

In a statement to CTV News, a DND Media Relations spokesperson says Lieutenant-Colonel Mainguy “has been temporarily assigned to another position at CFB Borden, outside of CFRG, where he is working as a special project officer.”

Lieutenant-Colonel Mainguy will face a court-martial at a later date and answer to charges of sexual assault and conduct to the prejudice of good order and discipline.