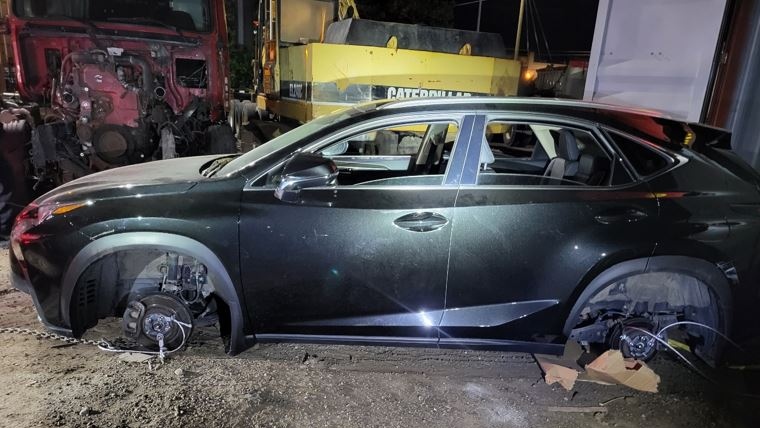 Police say three stolen vehicles were recovered from a shipping yard in Bolton.

They say the initial investigation revealed a vehicle was in a shipping container scheduled to be sent overseas.

Officers got a search warrant to check a sea container at the Coleraine Drive shipping yard and say they discovered three high-end vehicles that had been reported stolen from the Toronto area.

The investigation is ongoing, and police say there have been no arrests.

Anyone with information is urged to contact the Caledon OPP at 905-584-2241 or Crime Stoppers to remain anonymous.

LOCK IT OR LOST IT

Police urge drivers to lock up their vehicles, remove all valuables from sight and roll-up windows.

"Never leave your spare key or GPS in the vehicle," provincial police stated in a release.

They suggested always keeping the vehicle registration certificate and proof of insurance on you and not in your vehicle.

The OPP also said it's wise to alternate parking spots each day if parking in the same lot.