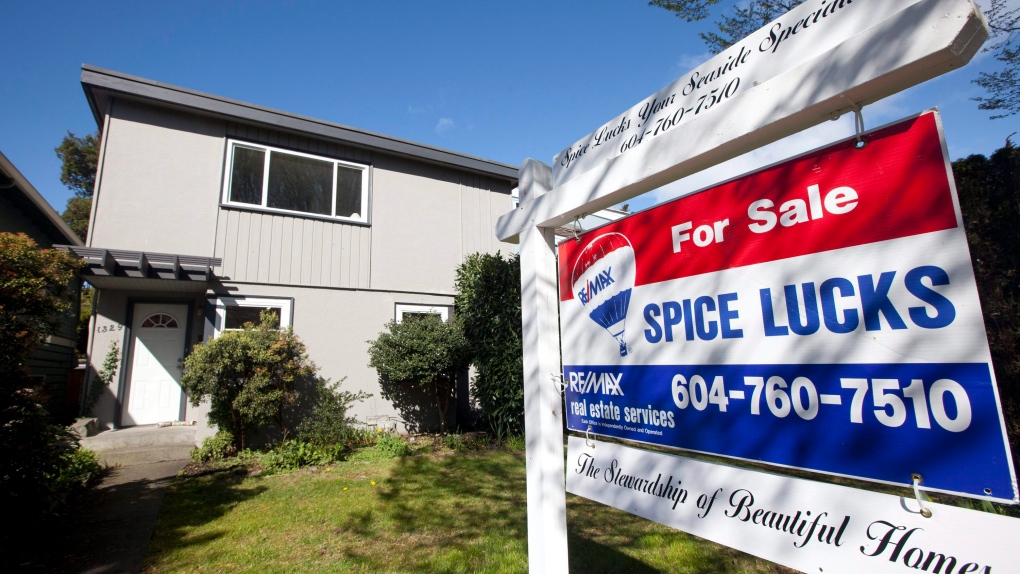 A two-storey, 1,600-square-foot home seen in the Kitsilano area of Vancouver. (Jonathan Hayward / THE CANADIAN PRESS)

TORONTO -- High house prices in the Greater Toronto Area are spilling over into nearby markets, especially those within commuting distance, according to the latest report from Canada Mortgage and Housing Corp.

Historically, prospective homebuyers who have found themselves priced out of the GTA have migrated to Hamilton, Barrie and Guelph to buy single-family homes, according to CMHC.

But the federal housing agency says that most recently people have been moving even further out, especially to the St. Catharines-Niagara region.

As the price of low-rise homes in the Toronto area has soared, house prices in nearby communities like Hamilton, Barrie and Guelph have also been driven up, said Jean-Sebastien Michel, principal of the market analysis centre at CMHC.

According to CMHC, Hamilton -- roughly 70 kilometres from Toronto -- is the Ontario market that's most sensitive to housing prices within the Greater Toronto Area.

The report estimates that a one-per-cent change in GTA house prices could increase or decrease Hamilton prices by two per cent after three years.

A similar but smaller multiplier effect would be felt in Guelph, Brantford, Kitchener, Barrie, Peterborough and St. Catharines, which is about 112 km from Toronto.

Tim Hudak, CEO of the Ontario Real Estate Association, says the lack of supply is the main factor behind soaring detached home prices in the GTA.

"The best way to ensure young families and first-time buyers have a shot at buying a home is by putting more homes on the market," Hudak said in a statement.

"One way to increase housing stock is to allow developers to build more 'missing middle' housing types, like townhomes, duplexes and stacked townhomes. Increasing the housing stock is necessary to give buyers more options at affordable levels, in areas that make sense for them to be in."