First-ever family shelter in the works for Barrie 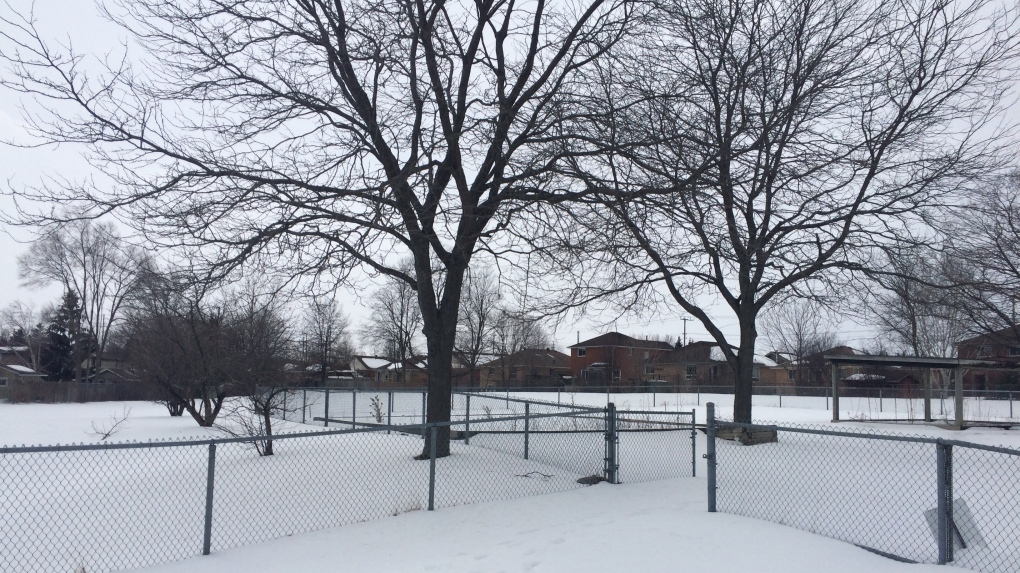 A family shelter will be built on 2.5 acres of land behind the Salvation Army's Citadel church on Lillian Crescent. (CTV Barrie/Beatrice Vaisman)

A unique project that aims to tackle a social crisis is in the works in Barrie.

The Salvation Army and Redwood Park Communities are partnering up to build a new family shelter, which is meant to be a place where people who have fallen on tough times can go to find hope.

The 2-point-5 acres of land owned by Salvation Army will be a place where families in crisis will be able to take refuge in a transitional, short-term home, while they work to get back on their feet.

“We are finding more and more families that are coming to us. In a sense, they are what we would call the ‘working poor,’ those who are just a paycheque away from being on the street,” says Major Doug Lewis, the executive director of Barrie’s Bayside Mission Salvation Army.

“Right now, the families are put up in motels with a motel voucher program, and it’s just not the ideal situation,” says Kent.

The company has launched a new campaign called “Hope Through Housing,” trying to raise awareness about our region’s crippling housing crisis.

“If you only have so much money, do you buy food or do you pay the heating bill? That’s the dilemma that they’re caught in,” says Major Lewis.

The new two-storey development will include fully-furnished units and a green space, giving struggling families a sense of dignity.

It will also be a place where families will get support from outreach workers and those who share in their struggle.

Redwood Park says it expects to start construction this fall, with an occupancy goal of fall 2019.