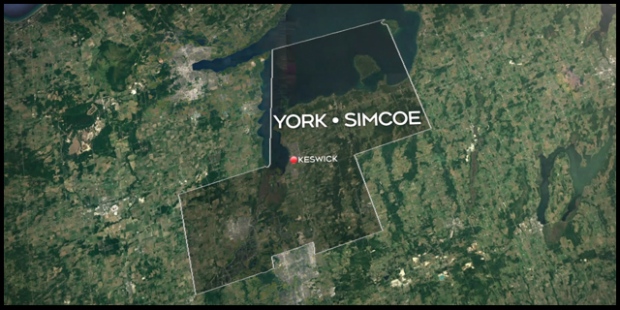 The municipalities that make up the riding of York Simcoe are Georgina, Bradford West Gwillimbury, King, and East Gwillimbury.