Drivers involved in hit and run urged to turn themselves in 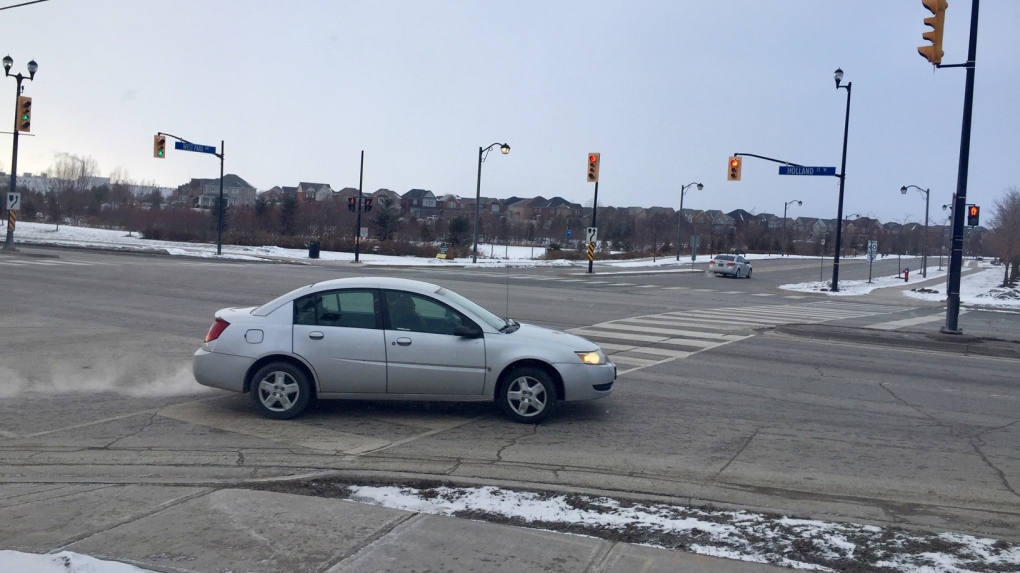 Police say a woman was hit by two different drivers who took off at this intersection in Bradford, Ont. shown on Saturday, January 23, 2021 (Steve Mansbridge/CTV News)

BARRIE, ONT. -- South Simcoe Police are urging the drivers involved in a hit and run in Bradford to turn themselves in.

Police say a 65-year-old woman remains in serious condition in a Toronto trauma centre after being struck by two vehicles on the evening of Jan. 22.

Police say the woman was hit while crossing the intersection of Holland Street West and West Park Avenue.

According to police, the first driver sped off eastbound on Holland, allegedly blowing through several red lights, and the second driver took off south on West Park after hitting the victim.

They say both drivers knew they had hit someone.

Police have not provided a vehicle or suspect description.

Officers are canvassing for security video as they continue to investigate