40 bears struck and killed along Highway 400 in cottage country: OPP

40 bears struck and killed along Highway 400 in cottage country: OPP 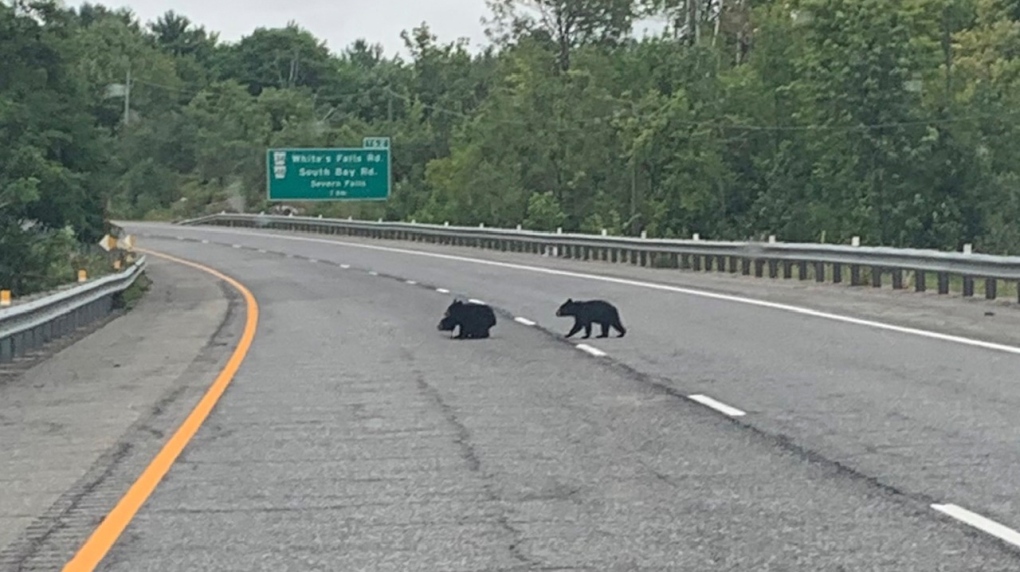 Forty bears were killed on Highway 400 during the month of August.

In the latest collision, a mother bear was hit by a tractor-trailer on Tuesday morning in the northbound lanes of Highway 400 near South Bay Road.

The adult bear died and left three small cubs to fend for themselves.

OPP from the Southern Georgian Bay detachment responded to a call to remove an animal carcass from the road and came upon two of the young cubs.

The Ministry of Natural Resources and Forestry (MNRF) responded and was able to trap all three cubs and transport them to Bear With Us – a wildlife rehabilitator – that will release the cubs into the wild next spring.

OPP says although this scenario has a mixed outcome, other situations have not worked out so well for the bears as 40 bears have been struck and killed by vehicles on Highway 400 between Honey Harbour Road, Georgian Bay Township and the Town of Parry Sound during August.

Police are asking motorists to be mindful that wildlife collisions do happen. Motorists are asked to drive within the posted speed limits, scan well ahead for possible wildlife on the shoulder/ditch or roadway and use proper headlamps.

Police have released a video of a driver who smashed a vehicle through the doors of Vaughan, Ont. mall early Wednesday before allegedly breaking into an electronics store.

The federal government is expected to introduce a law as early as Thursday to delay the extension of medically assisted dying eligibility to people whose sole underlying condition is a mental disorder.