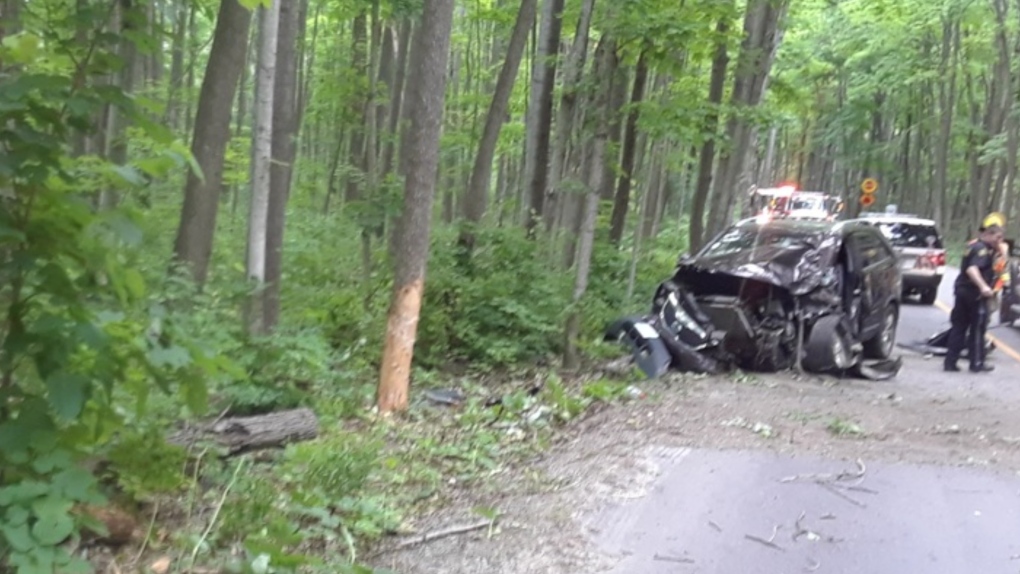 A vehicle is severely damaged after police say the driver crashed into several trees in the Awenda Provincial Park in Tiny Township on Sun., June 26, 2022 (Supplied)

Police charged a young motorist with impaired driving after a crash in a Tiny Township provincial park left a vehicle severely damaged.

According to Southern Georgian Bay OPP, the driver lost control while travelling at high speeds inside the Awenda Provincial Park Sunday morning.

Police say the vehicle "struck several trees before coming to a stop."

Tiny Township firefighters had to free the driver, who was the only person in the vehicle. Simcoe County paramedics took him to a local hospital to be treated for his injuries, which police say were minor.

The driver's identity is protected under the Youth Criminal Justice Act.

He was released from custody and is scheduled to appear in court to answer to the impaired driving charge at a later date.