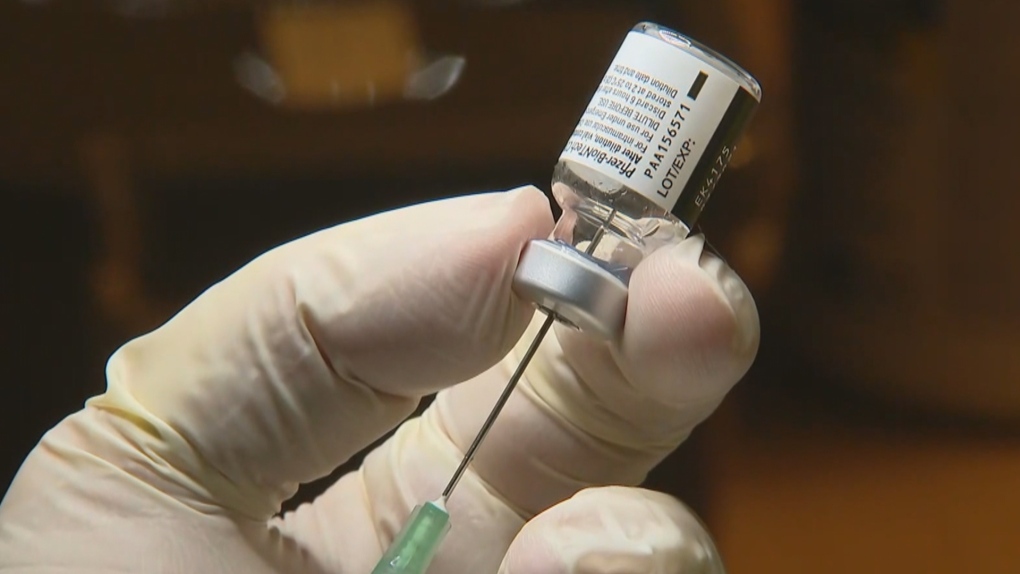 BARRIE, ONT. -- Officials with York Region Public Health use data to determine who to innoculate next against COVID-19 with vaccine supplies lower than they had hoped.

York's medical officer of health says they can administer as many as 42,000 doses a week but receive about half that on a weekly average.

Dr. Karim Kurji says a shipment of Moderna vials due to arrive next week has been delayed, which poses some extra challenges in vaccinating those at the highest risk.

York Region prioritizes vaccines for people aged 45 to 59 in five areas from a longer list of 13 trouble spots.

Employees at some York Region manufacturing facilities are also being bumped to the front of the line. Kurji says officials are working on a plan to innoculate some 4,000 educators as requested by the province.

He expects to administer shots to priority groups in about 10 days, but that timeline could be shortened with more supply.

Based on trends in the vaccination booking system, Kurji could open appointments to all York Region residents age 60 and older next week.

While Ontario residents born in 1961 or earlier can already book appointments using the provincial portal, York Region focused on risk factors other than age for its rollout.

How do I get the coronavirus vaccine in Simcoe Muskoka?

33,000 Simcoe Muskoka residents 'made the right choice' getting first dose of AstraZeneca: SMDHU

Innisfil cracking down on crowds at beach this summer

Coronavirus vaccination tracker: How many people in Canada have received shots?