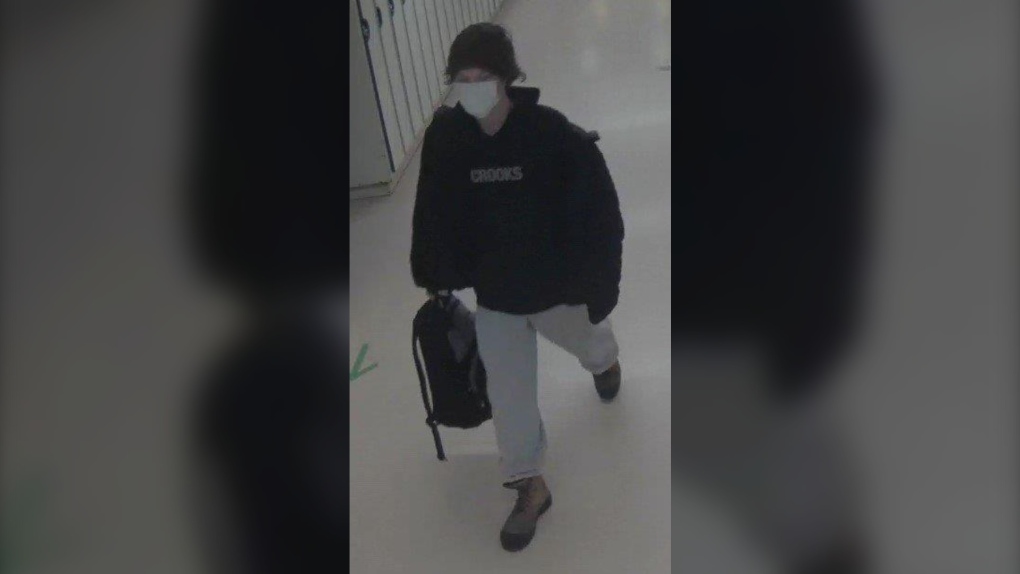 South Simcoe Police released this image of the suspect in a theft at Bradford District High School in Bradford, Ont., on Mon., Oct. 19, 2020. (Supplied)

BARRIE, ONT. -- A 21-year-old man from York Region faces charges in connection with the theft of computer equipment from Bradford District High School.

South Simcoe Police say the accused went to the Bradford school on Monday morning and identified himself as a registrant, which police say the school was expecting. Police say he then went into a classroom, took the computer equipment and left.

Police arrested the accused after getting a call overnight on Tuesday about an unwanted person at someone's home. They say they linked him to the school theft and placed him under arrest.

The accused was charged with theft and possession of stolen property.